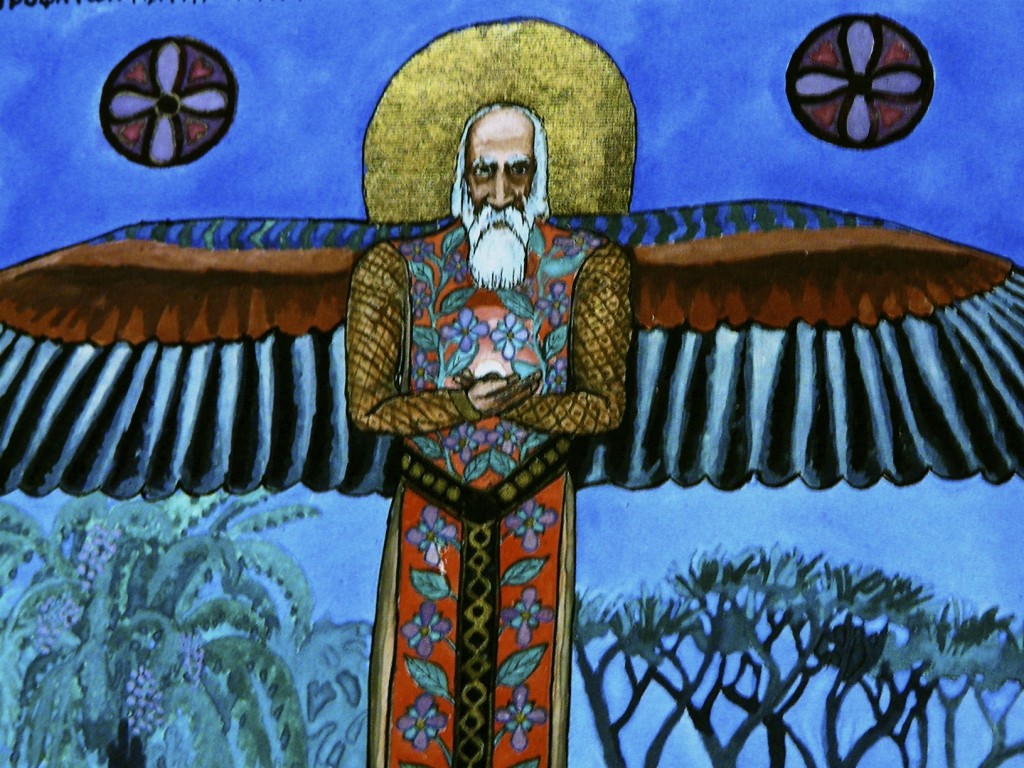 We live life on the outside of ourselves and life lived on the outside of ourselves is sterile. The external life isn’t really life at all – it’s something that pretends to be life, it’s something that passes itself off as life. Life on the outside of ourselves has nothing going for it at all – it is devoid of all nutrition, all wholesomeness, all sustenance, and yet that is where we always find ourselves. That is where we think it’s all happening. There is, we might say, this force that keeps pushing us out of ourselves, a force that slowly but inexorably drives us out of ourselves and into a realm that pretends to be life but which isn’t – a realm of blank or disconnected appearances. It drives us inexorably into what we might call ‘the counterfeit world’ and at the same time it ensures that we know nothing of what is going on…

Can we deny that there is such a force? Can we argue that no such force exists? Most assuredly we can make such an argument and we would be very quick to do so if the matter was raised. We would dismiss it instantly. The amount of time we would spend discussing the matter would be virtually non-existent. Generally speaking of course we don’t go around arguing that there is no such thing as an entropic force that drives us slowly but inexorably out of ourselves into the barren wasteland that Eastern metaphysics calls samsara. It doesn’t occur to us to make such an argument. We aren’t actually capable of entertaining such a possibility in the first place – such an idea isn’t part of our conceptual vocabulary, isn’t part of our world-view. If we did get to the point of discussing whether this force might exist or not then we would already be moving in the reverse direction to the entropic flow. Even asking the question as to whether or not the force in question exists would be ‘swimming upstream’ against the entropic current. This is just like dreaming – the minute we start asking ourselves whether or not we are dreaming we have already started to wake up.

This is what Jung means when he says ‘Who looks outside, dreams; who looks within awakes’.  This statement of Jung’s is largely incomprehensible to us – it is incomprehensible because we don’t even know that there is an inside. Or rather, what we think is ‘the inside’ is actually only the outside pretending to be the inside! When the outside passes itself off as the inside then there is no inside. When we read a textbook on psychiatry or psychology or neuro-anatomy then this is the outside passing itself of as the inside.  When we have an idea about who we are or what our life is all about this is the outside passing itself off as the inside. This is the extrinsic realm pretending to be the intrinsic realm and thereby eliminating the intrinsic realm. Or we could say that it is the thinking mind making up its map or model of what is on the inside of us, and then substituting the map for the real thing.

Rules can never point to the inner world (which we might also refer to as the Integesic Universe). Rules cannot ever show us reality – they can only ever show us themselves and the situation where ‘rules show us themselves as if they were not themselves’ is a tautological loop, a loop of unreality that we get endlessly caught up in. Nothing ever happens as a result of following rules, even though we think that it does. There is only the continual illusion of something happening when it isn’t, which is samsara. The rule-based mind can never show us the Integesic Universe, which is the boundless universe within us. Because the everyday or rule-based mind cannot ever show us the Integesic Universe this is the same (for us) as that universe not existing. For us, the Integesic Universe (which is the inner world) does not exist. It doesn’t exist for us and we never remark upon its absence. We don’t pass any remark on its absence because we don’t miss it and we don’t miss it because we’re not capable of knowing that there could be such a thing. We have no word for it, no concept for it, no mental category for it….