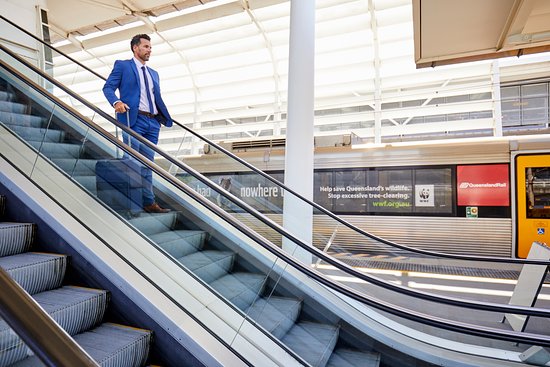 Our way of thinking tells us that ‘extending the continuity indefinitely’ is the best possible thing, the ultimate goal – the ‘supreme good’. We have even formalised our understanding of ‘Heaven’ or ‘Paradise’ by saying that it is when the ‘continuity of who we think we are’ can extend on forever, without ever ending.  As far as we’re concerned, there can be no more wonderful state of affairs than this. Mankind has fantasised about immortality for thousands upon thousands of years. It’s the Holy Grail – the life of the mundane ego extended forever. We’d pay anything for that. Immortality serum is even better than an effective anti-wrinkle cream – the commercial possibilities are immense!

What we are saying here is that we never have any actual perspective on anything and that’s what makes everything seem the way that it does, that’s what makes everything so comfortable and familiar for us. That’s what makes the continuity into the continuity! If we were to look at our lives in a way that was ‘outside of’ our normal viewpoint then what we would see would have changed so much as to be unrecognisable. We would see in a flash that our so-called ‘life in the continuity’ doesn’t actually have anything to do with us – we only thought it did! It’s rather like carrying something around with us the whole time because we think that is useful, because we believe that we absolutely need it, and then one day we look at it and we realise that it’s not useful, that we don’t really need it at all…

This is exactly what the continuity is like – it’s like something that we bring around with us wherever we go out of sheer force of habit. We don’t even know that we’re bringing it around with us – we just assume that this is ‘the way things are’, the only way things could be. This means that we don’t just adapt ‘a bit’ to the continuum, we adapt totally, we adapt 100% so that there really isn’t anything else for us. The logical continuum tells us who we are, what our life is, what we are interested in and what we aren’t interested in, and so on. It creates our world for us. And yet as soon as we look at it ‘from the outside’, so to speak, (i.e. not via the viewpoint that the logical continuum itself provides us with) that entire familiar and comfortable world is revealed as ‘having nothing to do with us at all’. We used to think it did, but now we see that it doesn’t.

Is the continuity ‘friend’ or ‘foe’ therefore? From one point of view it’s a friend because it’s ‘providing us with everything’ and from the other point of view it isn’t because by ‘providing us with everything’ it is completely side-lining us. It’s leading us up the garden path. From the POV of our adapted lives when we are ‘caught up in the continuity’ the discontinuity (i.e. the ‘break in continuity’) is the most terrible thing ever. We can’t really know what it is, of course, but we intuitively know that it spells bad news for ‘life in the continuity’. We intuitively know that spells the worst possible news! It’s the worst possible news from this POV, the only thing being that of course that ‘the POV of the continuity’ doesn’t really matter to us at all, not once we step out of it. It’s an utterly meaningless thing…

Time spent living in the continuity isn’t life at all – it’s not our life, anyway. It’s not anyone’s life, it’s just an endlessly self-perpetuating ‘conveyer belt’, leading nowhere. One way of describing this conveyer belt is to say that it functions by constantly promising us life, but with some kind of condition that we have to fulfil first. There’s always a condition! This is something that Alan Watts talks about a lot – the thing is always ‘coming’ but it’s never here! It never arrives. Fulfilling the conditions that the logical continuum requires of us (before we can get to ‘live life’) means continuing forward on the conveyor belt – we have to move onto the next stage, and then the next stage again, and then the next stage after that…

And at each stage we lured on by the promise of the life that awaits us, just as we are compelled or coerced from behind by the threat of ‘having no life’, and nothing changes, nothing ever happens. This – then – is life on the conveyor belt’ (or ‘life in the logical continuum’) and it is – very clearly – not any sort of life at all! And all the while there is this unspoken fear of the discontinuity, that terrible thing that threatens the whole setup, and yet which we have no way of properly understanding. We don’t know what it is, but it frightens us more than anything else! We might say – psychologists might say – that we are ‘afraid of death’, but really we’re afraid of the discontinuity. We are afraid of the discontinuity because it won’t just bring ‘life on the conveyer belt’ to an end, it will show it up as having never existed!

Our real life is the discontinuity, as we realise when we become free from our addiction to the continuum of logic – this is where life is, not anywhere else. This is where aliveness is to be found, not in anything else – not in the ongoing tedious titillation of ‘something good is about to happen,’ or the ongoing anxiety of ‘something bad is about to happen’. As we said earlier, our traditional notion of Heaven or Paradise is of the unbroken, unthreatened, everlasting continuity of ‘who we currently understand ourselves to be’. This has throughout history always been seen as ‘the best possible thing’. If we are virtuous and God-fearing enough in this life then maybe we’ll be granted ‘life eternal’. Or maybe (as in the science fiction stories) it will be the case that genetic engineering and advanced biotech will one day make immortality a practically attainable goal.

Modern society offers a version of that dream – the greater our technological control becomes the closer we are able to approximate this ideal. The greater technical powers are the less risk or danger there is of anything ‘unprogrammed’ happening to disrupt or interrupt the continuum of thought. We have already achieved this to quite a remarkable extent in the more affluent and more technologically advanced parts of the world and we seem to be unable to understand that – far from being the best possible thing – what we have achieved (or are trying to achieve) is actually the worst possible thing ever! By protecting and maintaining and reinforcing the continuum of thought to such tremendous extent we are bringing a calamity down upon our heads the like of which we cannot even come close to imagining!