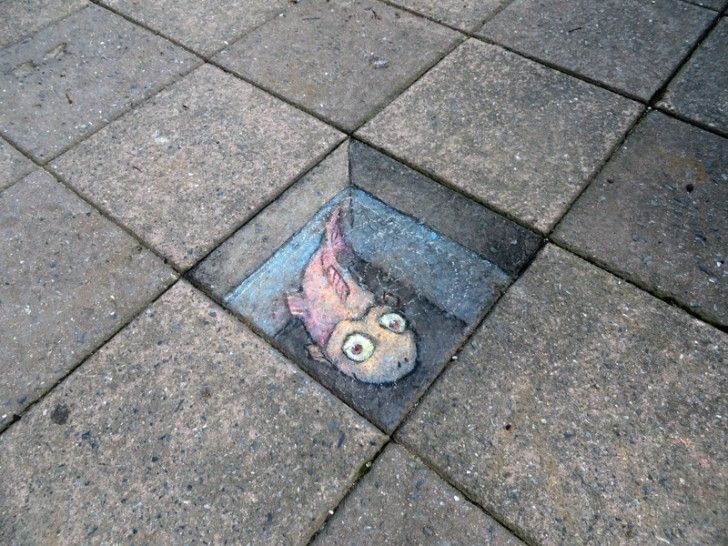 Goal-orientated behaviour (which is to say, ‘doing mode’) is how we stay unconscious. We always say of course that ‘doing’ is good, that ‘doing’ is great. We make a religion out of goal-setting – goals are practically the Holy Grail to us. We think that something very good indeed can happen as a result of having goals and making sure that we follow up on them – we are convinced that something very good can happen as a result of all our goals, but we don’t really know what it is. It’s like ‘winning’ – ‘winning’ is obviously a very good state of affairs, but who can say what it actually means?

This is ‘the Cult of Busyness’ – being busy proves that we are a decent, conscientious sort of person. ‘The devil finds work for idle hands’, we say. Being busy is highly commendable; no one can say anything bad about us then. We’re not ‘shirking’, we’re not malingering’. On the contrary we are beavering away for the sake of the common good; we are working away to make ‘something great’ happens. It’s as if existence itself needs to be maintained by our industrious goal-orientated activity; ‘not doing’ on the other hand will therefore lead to ‘everything going to hell in a hand cart’. Not going’ isn’t just immoral, it’s the road to perdition.

We are indeed maintaining something by all our ceaseless purposeful doing – we are maintaining the integrity of the framework within which our doing our goals makes sense! We are maintaining that state of mind within which we haven’t got time to take a look at the bigger picture. Purposeful doing keeps us narrowly focused on the goal and the question of how good we are (or are not) at attaining it. Anything that isn’t relevant to the goal is ignored and disregarded as being unimportant. Rational/purposeful culture is all about ‘ignoring the irrelevant’, in other words. This is what we do the best…

Whilst the collective mind which is society holds it as self-evident that goal-orientated activity is the ultimate virtue, and the key to godliness, Søren Kierkegaard (himself a deeply religious man) takes the reverse point of view:

Idleness, we are accustomed to say, is the route of all evil. To prevent this evil, work is recommended… Idleness as such is by no means a root of evil a root of evil; on the contrary, it is truly a divine life, if one is not bored….

What happens when we stop reaching out after our ever-proliferating goals is that we ‘withdraw our projections from the world’, as Carl Jung puts it. We stop imposing our game upon reality, and the result of this is that we start to see beyond ourselves, beyond our goals and ideas. When the infernal busyness of the everyday mind ceases (however momentarily) reality starts to emerge. The one thing that never does result in ‘the emergence of reality’ is our rational-purposeful doing!

What we really doing when we keep ourselves busy with all of our thinking and all of the purposeful activity that is based on this thinking is that we are ‘papering over’ the world with our preconceptions, with our own projections. We are ‘extending the Empire of the Self’, in other words; we are extending the Empire of the Self and where steam-rollering everything else in sight. Reality itself has become the error. We are filling up all the available space with our banal constructs and in this way we are getting rid of space! That is our gimmick. ‘Space’ – we might say – corresponds to consciousness, or ‘the awareness of that which isn’t us’.

The awareness of ‘that which isn’t us’ is the only awareness there is of course! Awareness of our own projected world, by the same token, isn’t awareness – it’s the ‘false awareness’ of unconsciousness. If all I know is the confirmation of my expectations, the confirmation of my hidden biases, then there’s nothing actually in this state of affairs – ‘bias’ and ‘the perceived reality that is created by that bias’ are the very same thing and so although they might seem to be a ‘glorious movement towards the goal’ this isn’t actually movement at all, as Krishnamurti says. On the contrary, it is ‘false movement’, it is ‘the feeling of progression with no actual content’. It’s the hollow analogue of movement.

The rational-purposeful mind produces, via a full-scale industrial process, an endless number of conceptual tiles (or conceptual paving slabs) and this is the activity of ours which we all consider to be so great, so wonderful, so productive. But reality isn’t to be found in this supposedly glorious ‘rational output’ of ours – there’s not even a trace of reality to be had there. ‘Reality’ isn’t some kind of abstruse metaphysical concept, it simply means whenever there is that is wholesome or natural in the world. That’s where freedom is to be found, and the possibility of genuine change or movement, rather than in the sterile oscillation between positive and negative which is the ‘false change’ that is the only type of change we will ever find in the positive world of our thoughts.

Life isn’t to be found in the ‘projected world’ that is being constantly created via our rational output, therefore. It isn’t to be found in the definite yes’s and definite no’s, it isn’t to be found in the judgements we make, in other words, or in the thoughts that we have about the world. The generic concrete paving slabs that we are constantly churning out aren’t ‘a good thing’ at all, they are what blocks out the good thing (the ‘good thing’ being unconditional space, or ‘space that hasn’t been filled up by all our rational constructs’.) Where life happens is in the gaps between the concrete paving slabs which we are using to cover over the world; the freedom to grow is to be found in ‘the interstitial spaces‘, so to speak. Life happens in all the places we never look, in other words. The spirit Mercurius (the ‘fugitive stag’ of the alchemists) is never to be found where we think he will be…

3 thoughts on “Extending The Empire Of The Self”