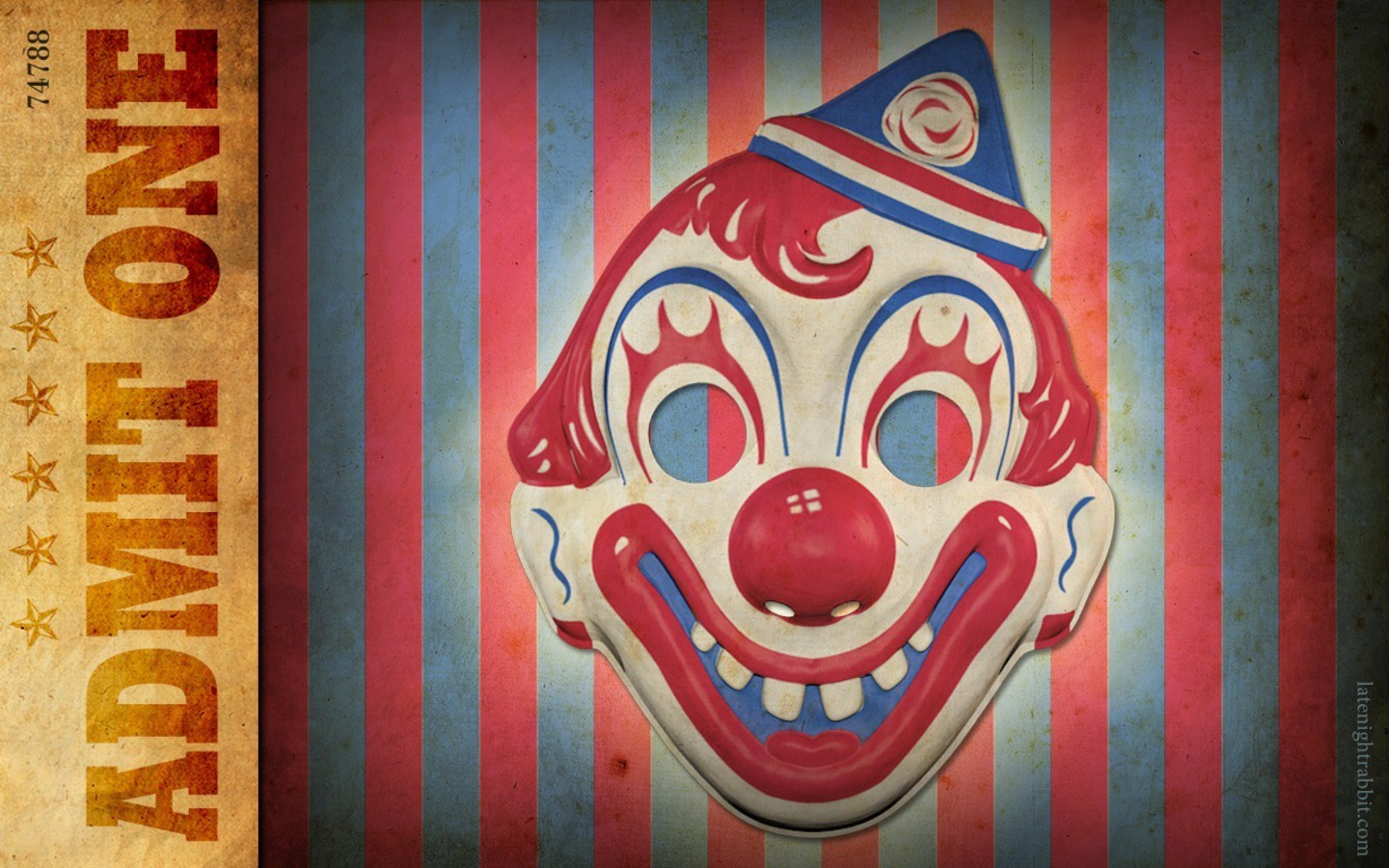 Thinking produces entropy because it ignores without knowing that it is doing so. It focuses only on those elements that lie within its assumed framework and by doing this it ignores the fact that it is using a framework. This ‘ignoring of the framework’ creates entropy – that’s the way psychological entropy gets produced!

Entropy is a familiar enough word but this way of explaining how it works, isn’t. Entropy creates a false world! This is what everything we have just said comes down to. This is of course exactly the process that we have just been describing – by having ‘selection criteria’ that are invisible to us, selection criteria that we can’t see ourselves to be using, we are producing ‘a construct that we can’t seem to be a construct’. We can no more see that it is a construct then we can see that it is us who are producing it. This equals ‘creating a false world’.

We wouldn’t normally see the process of ‘selectively paying attention without knowing that we doing so’ as creating a false world, even though it’s obvious enough when we say it like this. The reason we don’t see it this way is because we always take it that the selective view that we have is still properly representative of the reality we are trying to model. We assume that we are focusing pretty much on all the relevant details and that therefore our view of reality is a good-enough fit, we assume that it is ‘close enough to be getting on with’. We might know that we aren’t getting the full picture perhaps, but we are confident that we’re not too far off in our guess. Who amongst us isn’t confident in this particular way?

Our confidence is utterly unfounded, however. Saying that our confidence is ‘utterly unfounded’ is not making the point strongly enough – our ‘picture of reality’ is constructed along entirely different lines to reality itself (although reality itself isn’t constructed, of course). There is a ‘qualitative difference’ if we can call it that; there is a difference in terms of the principles upon which ‘reality’ and ‘our picture of it’ are based. The easiest way to express this is to say that whilst our picture of reality is based upon the principle of certainty, reality itself is ‘based upon’ uncertainty, or openness. Reality isn’t actually ‘based on’ anything because all there is is reality – there’s nothing outside of it for it to be based on.  We could also say that reality equals uncertainty and uncertainty doesn’t need a ‘base’, obviously enough! Uncertainty is ‘the lack of a base’…

What produces certainty is the framework therefore, and it’s not sufficient just to say this. It’s not sufficient just to say this because when we can see the framework, when we know that the framework is there, then it can’t produce certainty. How could it when we know that we are creating the (apparent) certainty ourselves by deciding to look at the world in a particular way? Suppose we hadn’t decided to look at the world in that specific way – what then? What would happen to the certainty then? When we start to wonder in this way then we realise that the uncertainty underlying all things is still there, we realise that ‘utilising the framework’ hasn’t got rid of it at all! We are just making it invisible to us, and when we make radical uncertainty invisible we are turning it into a very potent and very terrifying enemy.

What is actually happened here therefore is that this thing called ‘the framework’ has substituted itself for reality so that we now assume that what it shows us is ‘the only way things could ever be’ and as soon as we assume this then all other ways (or all other views) become inadmissible as evidence! They have been very effectively screened out. The framework in invisible as a framework because it has become the ‘taken for granted context of everything’, rather than merely being ‘an arbitrary conditioning factor’; the conditioned reality becomes simply ‘reality’ and ‘the conditioning factor’ becomes profoundly inaccessible to us and (as we keep saying) this is how the thinking mind works.

Thinking ‘ignores without knowing that it does so’ because it takes the assumed framework for granted without ever acknowledging its own process here, and the framework – in essence – is nothing other than pure ignoring! How else does a framework get to be a framework apart from ignoring? If the framework didn’t ‘ignore’ then it wouldn’t be a framework – it wouldn’t be anything. It is therefore quite ridiculous that thinking takes itself as seriously as it does – thinking is based upon nothing more substantial than ‘an arbitrary screening operation’ and yet implicitly claims to be saying all sorts of things that have to be honoured by all and sundry as being ‘absolutely true’. This is of course ridiculous – first I filter out anything that doesn’t correspond to my arbitrarily-chosen point of view, and then I demand, in what is often enough a rather nasty way, that everyone else kowtow to these supposedly ‘absolutely true’ statements that I have in this way produced. Our thoughts – even the least ‘rational’ ones – have this property of ‘seeming to be true’; they cause us to ‘instantaneously believe in them,’ in other words and what allows them to seem true, what allows them to seem so very plausible to us is the bucket-load of entropy that they have created. Our true statements about the world are absurd therefore, but the reason we don’t see we don’t see it is because of all the entropy that has been produced by the thinking process. The entropy negates our ability to see absurdity as absurdity and the way it does this is by taking all our perspective away! That’s what happens when we screen out all information that doesn’t agree with our biases – we become ‘absurd without knowing it’ and this is the condition of unconsciousness. ‘Unconsciousness equals entropy’, therefore.

Everything that we have so far said is perfectly straightforward and – we might almost say that it is self-evident (even though it has never yet found its way into the official ‘academic discourse’ which is itself pretty much ‘governed by entropy’) but the next stage in our argument is – perhaps – not quite so straightforward. Just as entropy negates our ability to see the absurdity of all our so-called ‘true statements about the world’ (i.e. our thoughts), so too does it negate our ability to see the absurdity of who we think we are. What else is ‘who we think we are’ other than just another thought, other than just another ‘supposedly true statement about the world’?

We started off this discussion by saying that entropy produces ‘thinking produces entropy’. Not only does thinking produce entropy however – it is also evidently the case that ‘entropy produces thoughts’ because it’s only because of the entropy that we are able to take our thoughts seriously (i.e. not see them as being absurd). ‘Taking our thoughts seriously’ means ‘screening out all other possible ways of looking at what’s going on’ and ‘screening out all other possible ways of seeing what’s going on’ creates entropy. And at the same time screening also creates the self because if we were able to look at the world in lots of different ways all simultaneously then we would no longer be able to believe in this absurdly simplistic idea that we have of ourselves.

This is a rather funny thing, if only we could manage to see it. Wei Wu Wei compares what he calls the ‘I-concept’ (i.e. the gross oversimplification which is ‘who we think we are’) with a circus clown – one of the key things about the traditional circus clown is of course that he is ‘funny without knowing that he is funny. It is, as we all know, the fact that the clown cannot see how clownish (i.e. how ridiculous) he is that makes the whole spectacle so amusing. It is his absolute lack of insight when it comes to his own ludicrous absurdity that makes us laugh. What could be funnier or more richly, than a complete fool taking himself seriously? If only – therefore – we could see the clownish I-concept for the absurd pseudo-entity that it is what a blessed relief that would be!

Or to put it put this the other way the other way, if we weren’t ever to see the I-concept for the circus clown that it is then what a pain that would be. How much suffering and pain would we then have to go through on its account? There is no avoiding suffering in life, it’s true, but do we really need to add to that the extra suffering that we go through every day as a result of being convinced that ‘we are who we aren’t’? Who we imagine ourselves to be is a ridiculously two-dimensional caricature of who we really are, and yet we invest this caricature with a dignity that it cannot ever possess. This delusion is produced as a ‘by-product’ of our huge lack of perspective (i.e. it is produced as a result of our huge entropy-debt) and so we are guaranteed to be oblivious to the folly of our identification. Because of our ignorance in relation to this folly we imagine that this ‘self’ has a viable future, we imagine that it can potentially attain great things. The unpalatable truth is however that the only thing that lies in store for us when we live life on behalf of this clown-like ‘mind-produced self’ is confusion, pain, frustration and ultimate disillusionment…