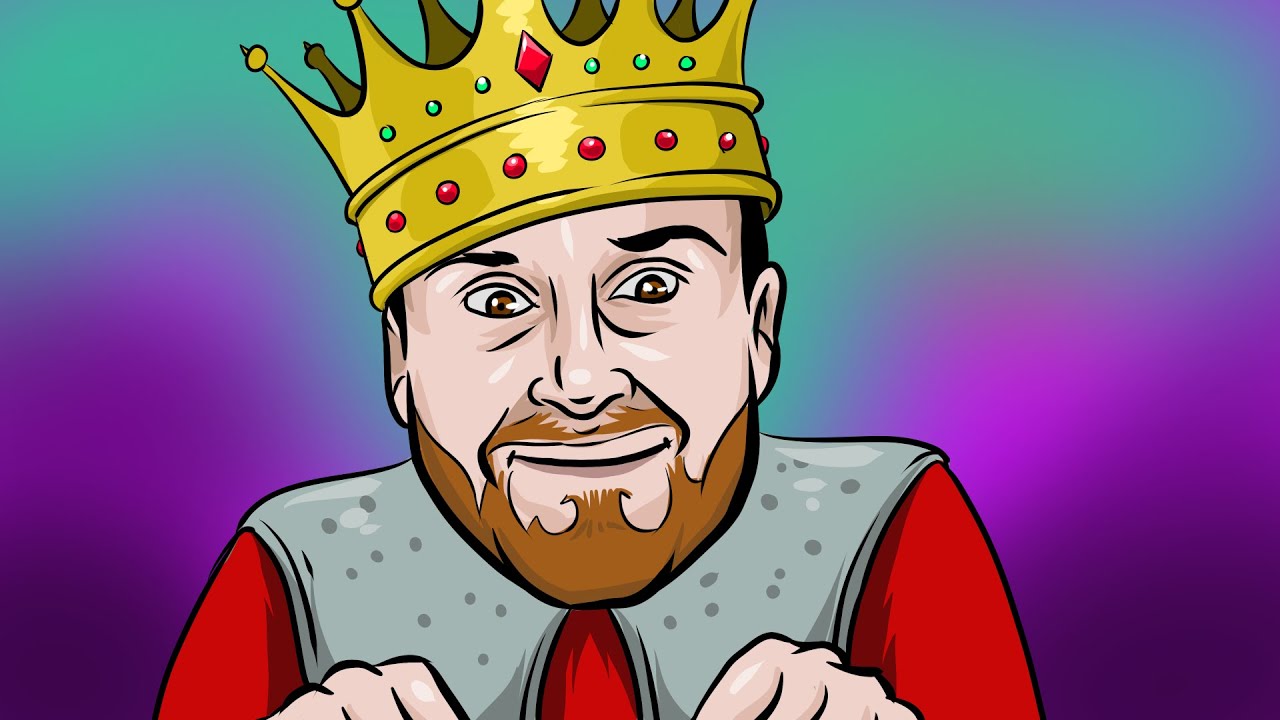 Our thing, the ‘thing that we do’, is to celebrate the supremacy of the unreal self or ego. We throw ourselves into this game with a passion. As is the case with all games, there is always the possibility of obtaining a short-term benefit, there is always the possibility of seeming to be getting somewhere, and what the ‘short-term benefit’ comes down to in the case of this particular game is us getting to believe that the self is real. That’s what we are playing for and that is what we get! There is a snag here that we don’t see however – a snag here that we are in no hurry to see because it spoils the ‘prize’, and – naturally enough – we are extremely reluctant to do this. This is only natural – the prize is what we have been fighting so hard for, is what we have been working towards with such determination. Of course we don’t want to spoil it.

What we looking at here is the principle of being ‘King For A Day’ and as soon as we see this then we will begin to understand what the nature of the snag is,. To be ‘the King’ is a very exalted position to be in for sure but the devil lies in the details of this contract – we are not ‘King forever’ but ‘King for a day’ and this is an entirely different proposition. The more exalted we are the further we have to fall and so the apparent ‘boon’ of being exalted so high is actually a curse. If I am exalted to the dizzy heights then this might seem like great news but that’s only half the story – the full story is that it’s ‘great news only to the extent that it’s terrible news’. It’s only ‘good to the extent that it is bad’.

It’s as if I’m an ordinary person and then one day I’m granted some lofty title so as to promote me to the highly elevated status of being a Lord or Lady, complete with stately home, extensive grounds of many hundreds of acres, a whole entourage of serving men and serving maids, and all sorts of special privileges that no regular person could ever hope to enjoy. Most of us would probably call this ‘a stroke of good fortune’ and feel rather chuffed as a result. But if all this were to be taken away from us again just as we have gotten used to it (or just as we had got to feeling that we were entitled to these privileges, which is more to the point) then the ‘King For A Day’ principle means that the delight which I enjoy as a result of my social status being promoted in this way will be counterbalanced by the dismay that I will also feel as a result when I get demoted. There is no net gain to the exercise, therefore.

Exactly the same is true for the situation for the self or ego, as hard as it might be for us to see this. It is possible to feel very good indeed as ‘the self’ – the intensity of the euphoria we can experience is without bounds – but the let-down is every bit as vicious as the build-up, as any user of euphoric drugs will gladly testify to. More than this, however, the self itself – ‘in its essence’, as it were – is a statement of the two possibilities of feeling wonderfully good and feeling horrifically bad and these two possibilities are simultaneously true, even though we can’t see it. As Johannes Fabricius says, ‘elation is the denial of despair’; just because we are denying the despair that doesn’t mean that it isn’t there – it’s there all right, it’s just that we are deliberately pushing it away! On the one hand we can say that ‘pushing the despair away’ means that we don’t have to experience it (which is the good news) but on the other hand the very fact that we are exerting effort to push the unwanted outcome away means that we are supercharging it with energy in preparation for when it comes back to us in the reverse swing and this – obviously enough – is very bad news!

In denial therefore, the good news that we have pushed the unwanted eventuality away equals the bad news that this unwanted eventuality has now been fully potentiated and is on the point of rebounding on us, and it is this dearly bought short-term gain (along with a backlash that has thus been generated) that constitutes the ‘polarity’ which is the mind-created self. The mind-created self is a short-term gain along with the cost that this ST gain entails. It’s the plus and the minus. Or as we could also say, the I-Construct is the quintessential embodiment of the principle of ‘King For A Day’. Why this should be so is very easy to see if we consider that the self can only continue to be the self by controlling, by existing within a locus of control. Two things have to be pushed apart and continually held apart – a boundary has to be maintained, a boundary which would not exist if it were not for our controlling. In the psychological realm there are no boundaries unless they are artificially maintained (which is another way of saying that all the apparent boundaries in psychological realm are illusions). Ultimately, all boundaries are illusory, as Ken Wilbur argues here-

That all opposites—such as mass and energy, subject and object, life and death—are so much each other that they are perfectly inseparable, still strikes most of us as hard to believe. But this is only because we accept as real the boundary line between the opposites. It is, recall, the boundaries themselves which create the seeming existence of separate opposites. To put it plainly, to say that “ultimate reality is a unity of opposites” is actually to say that in ultimate reality there are no boundaries. Anywhere.

Mental boundaries are our own devices. ‘The self’ equals ‘a boundary’ and a boundary equals ‘a polarity’.

Despite the fact that the boundary in question is artificial, or an illusion, we live our lives on this basis; the boundary that we have identified with is seen as ‘a final reality’. By identifying with this boundary we make it into a final reality. The ‘boundary’ is – we might say – like a ripple that passes along the surface of an expanse of tranquil water, such as a pool or lake, and so whilst we say that the ripple is ‘the real thing’ and that the tranquil surface upon which it propagates ‘doesn’t exist’, the converse is true – it is the ripple which is unreal since it is never at any point any more than an equal mixture of ‘plus’ and ‘minus’. Boundaries are all that are real to us despite the fact that we have made them up ourselves, whilst ‘boundary-lessness’, (or ‘the state of symmetry’) is unreal to us because it has no features by which we can discern it. And yet ‘boundary-lessness’ that is all there ever was or ever could be – anything else is a construct. Anything else is ‘a ripple’, a trick of the light. The self is only a ripple and it can only be maintained by controlling and the thing about ‘controlling’, as we have said, is that it results in ‘success’ and ‘failure’ to an equal extent. Once the name of the game is controlling then a controller is artificially created and this controller (i.e. the self) has two modalities of existence that are possible for it – the euphoric modality and the dysphoric one. The self is made up of ‘equal amounts of pleasure and pain’, in other words.

So if this is the way things are – we might reply – then what’s wrong with that? If these are ‘the conditions of our existence’, as it were, then why not just get on with it and not waste any more time in pointless philosophical analysis? The point is however that there is another side to life, an infinitely deeper and more profound side that has nothing to do with controlling, nothing to do with right and wrong, nothing to do with winning and losing, and it is this aspect of life from which all our well-being derives. The constant oscillation between pleasure and pain (or between right and wrong) isn’t ‘the way things are’ at all really – it can’t be ‘the way things are’ because it’s an illusion, an illusion that only seems real when we are caught in it! This is no such thing as an oscillation between pleasure and pain, right and wrong, etc., just as there can’t ever be any such thing as ‘an oscillation between opposites’. There can’t ever be such a thing as ‘an oscillation between opposites’ because the ‘opposites’ are really the very same thing. The only appear to be different things because we ourselves are ‘pushing them apart’ with our controlling – there are only different things in our subjective experience, in other words, and our ‘subjective experience’ is an illusion.