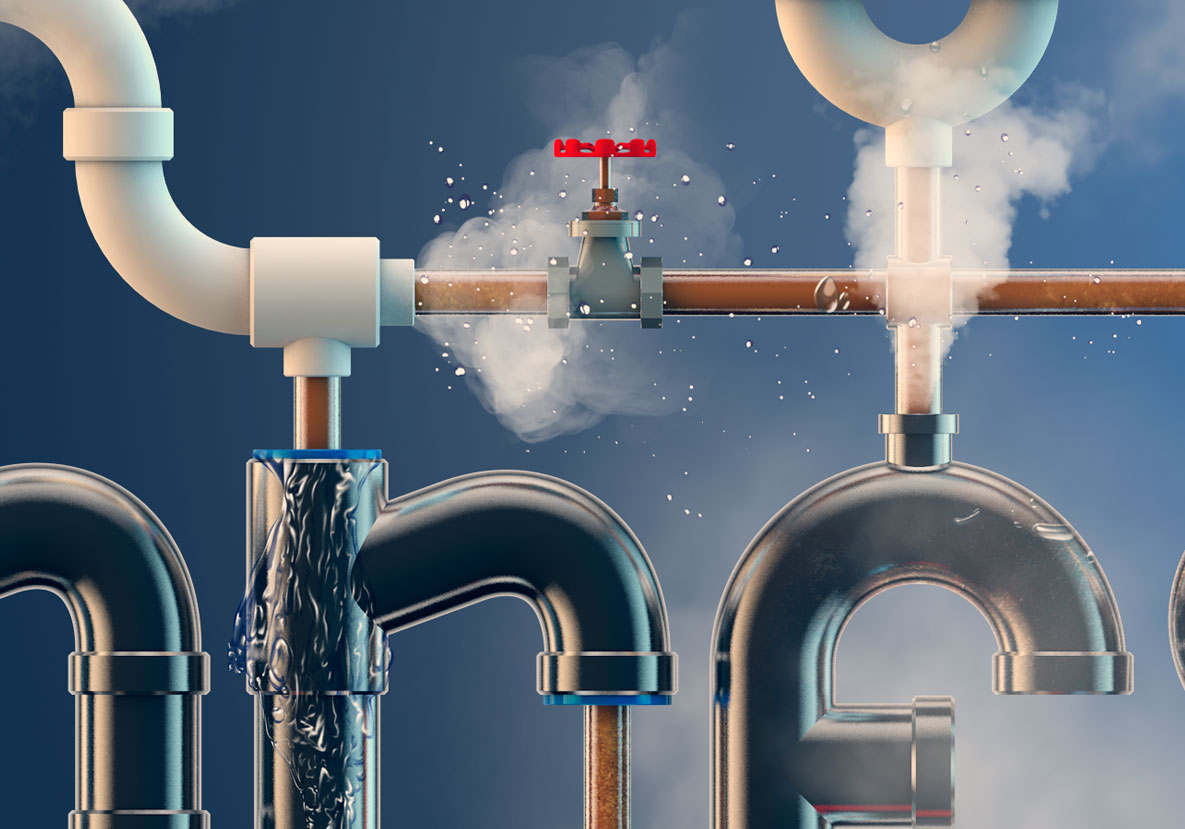 Because the positive identity has no existence of its own (despite seeming to) this automatically sets up insecurity; when I see things from the point of view of the positive identity then the key perception here is that I have a genuine existence of my own and that I don’t exist ‘merely because certain conditions have caused me to’. The fact is that the conditioned identity only gets to be there because certain factors have conspired to create the impression that it is. This is my perception – which is the standard perception of the ego or self – but it is not at all the case and the awareness that this is not the case is there somewhere. It is very well hidden for the most part, but it is still there.

It is as if I have two existences – one being that of the very solid positive identity which is unquestionably rooted in the real world, and the other being that of an image which has been projected by a magic lantern somewhere – turn off the magic lantern (so to speak) and the apparent existence of the positive identity blinks out as if it had never been. This – needless to say – is the exact opposite of ‘reliable’ or ‘solid’; there never was a basis less reliable than this and yet it’s the only basis we have. This is our situation therefore – on the one hand we have the ‘self’ which appears on the face of things to be both absolutely reliable and absolutely genuine, and on the other hand there is the awareness, however deeply buried, however obscure to us, that this supposedly solid identity is a conditioned reality, which is to say it has no existence of its own.

It may be claimed that this awareness (or what we are saying is an awareness) is so inaccessible to us that we will probably never (or at least very rarely) encounter it during the course of our lives, and for this reason it can’t really have that much psychological significance. The reverse of this is true however since the more something is denied the more it actually determines our lives – to deny some awareness absolutely is to be determined by it absolutely, therefore. If it is the awareness of the infinitely precarious nature of the positive identity that we are denying absolutely, then this principle basically means that we are spending our whole lives being determined by the fear of encountering that awareness. We might like to think that this can’t be so since most of the time, at least, we don’t feel afraid, but this is of course how denial works. That’s the whole point of denial – the whole point is that we should know nothing about what it is that we are in denial of.

The type of denial that we are talking about here works by eliminating any awareness of ‘who I take myself to be’ as being only being a strictly provisional or condition-dependent sort of thing, as we have just said. Not to beat about the bush too much, what’s happening here is that we are denying the awareness that the positive identity (or ‘the conditioned self’) is not real. We do this by creating a world all around us that validates the existence of this self – we do it by ‘creating the positive world’, in other words. The positive identity has to have a positive world to exist within; the known or defined self has to have a known or defined reality to construct itself in relation to. In one way we could say that this positive world is made up of the structures and systems which we have created around us (i.e. our physical and social environment) but on a more essential level we can say that it is made up of our thoughts, our judgements, our conclusions. It is our thinking (our judgements or conclusions) that creates that positive world.

This ‘necessity to create a positive world’ is very limiting, however – we may think that we are adventurous and that we are genuinely ‘living life’ but all we are really doing is relating to our own constructs, our own mental projections. There’s nothing adventurous about us at all – we’re ‘playing it safe’, living our lives strictly within the bounds of our own comfort zones and we never go beyond the prescribed limits of our predetermined mental horizons. We create the positive world (or the positive reality) via our purposeful behaviour, which is to say, by constantly striving to get things to be the way we think they should be. This type of activity is very highly regarded by our culture of course – the greater our ability to ‘get things to be the way we think they should be’ the more highly respected we are. The ability to successfully control is where we get our kudos from; alternatively, we could say that it is – generally speaking – where we get our self-confidence from. The better we are getting things to conform with our ideas for them the more ‘confident’ we are!

Purposeful activity equals ‘pressure’; controlling activity equals ‘pressure’. Control is how I exert pressure in such a way that I can successfully force the world to conform to my wishes and the sense of perceived self-efficacy that is obtained as a result is how I get to feel good about myself. That’s how I get to feel secure, and that is also how I get to maintain the (apparent) existence of the positive identity! When I am able to successfully maintain the apparent existence of the positive identity (without knowing that this is what I am actually doing with my purposeful activity, of course) then I feel confident, but there is another side to this, a side that we don’t see if all is going well, and that is the fact that this activity of mine is unfree (or ‘externally determined’). If I saw this then I would – needless to say – not feel quite so good about myself.

In a nutshell, I am controlling because I have to control and if I were to catch a glimpse of this rather unpalatable truth then that would very quickly take the shine off my so-called ‘confidence’. I’m the boss because I’m in control’, but I’m no longer the boss when I see that I am being controlled by may need to be in control. I wouldn’t seem like such a hero to myself (or to others) if I could see this, therefore. I apply pressure to get things to be the way that I want them to be, but at the same time I am under pressure to do this. There is no freedom here in other words – there is no freedom for me not to control. There is ‘pressure’ in the system and I am simply acting out this systemic pressure in order not to feel bad. The prospect of me not being able to successfully act out the systemic pressure – the pressure that is driving my behaviour – is simply not acceptable to me. That is the worst possible thing, the worst possible outcome, and it has to be avoided at any cost. Another way of talking about ‘pressure’ is therefore to say that it is fear. The positive world is also the Fear World – fear is what lies behind our constant controlling, our unexamined ‘need to control’. Fear is what lies behind ‘positive space’.

This doesn’t mean that we can’t engage in purposeful behaviour unless we are afraid, unless we are being secretly driven by fear. Purposeful actions can be undertaken for perfectly legitimate reasons! The point is however that when our secret agenda is to ‘maintain the apparent existence of the positive self’ then fear is always going to be behind all of our actions. If that’s what we’re doing then fear is always going to be our master. If I am afraid of not existing as the positive identity (as we almost always are) then of course our positive purposeful activity will have this ‘driven’ quality to it – I am being driven by fear. Just as long as I can continue successfully maintaining this appearance then I won’t be aware of the fear (and so I can go around the place feeling as cocky and confident as I please) but this apparent fearlessness is of course only skin deep. It is a function of my denial and nothing more. There couldn’t be a more superficial form of confidence or well-being than this – what we’re talking about here is the incredibly tenuous or insubstantial ‘mental health’ of the positive identity – which is a function of our ability to maintain the plausibility of an illusion.

We may deny that this is the case of course. We will deny that this is the case; we have to deny it – that is a condition of our continued apparent existence as the positive or defined self. Our ability to carry on denying it can all too easily be taken away from us however. Because we are basing our well-being on our ability to maintain the plausibility of an illusion this sense of well-being will vanish in a flash just as soon as the plausibility in question starts to wear thin. One part of the life of the positive identity involves the false confidence that comes with never glimpsing the precariousness of the source of our so-called ‘security’. Part of the life of the positive identity equals ‘the successful denying of the fear that always underpins conditioned existence’; the other part of the life of the positive self equals ‘the unsuccessful denying of this fear’ and if we understood the necessary connection between the two (which is to say, the euphoric and dysphoric phases of the self-construct) then we would start to reconsider the value of the ‘package’ which we have so rashly bought into. The life of the everyday concrete or positive identity isn’t all it is cracked up to be in the ads – it’s pressure all the way and it’s pressure that we can’t ever obey. The very best we can hope for is the good feeling that comes when we are able to fool ourselves into believing that we can act out the pressure successfully, and the down-side of the deal is when we can’t successfully  fool ourselves any more…