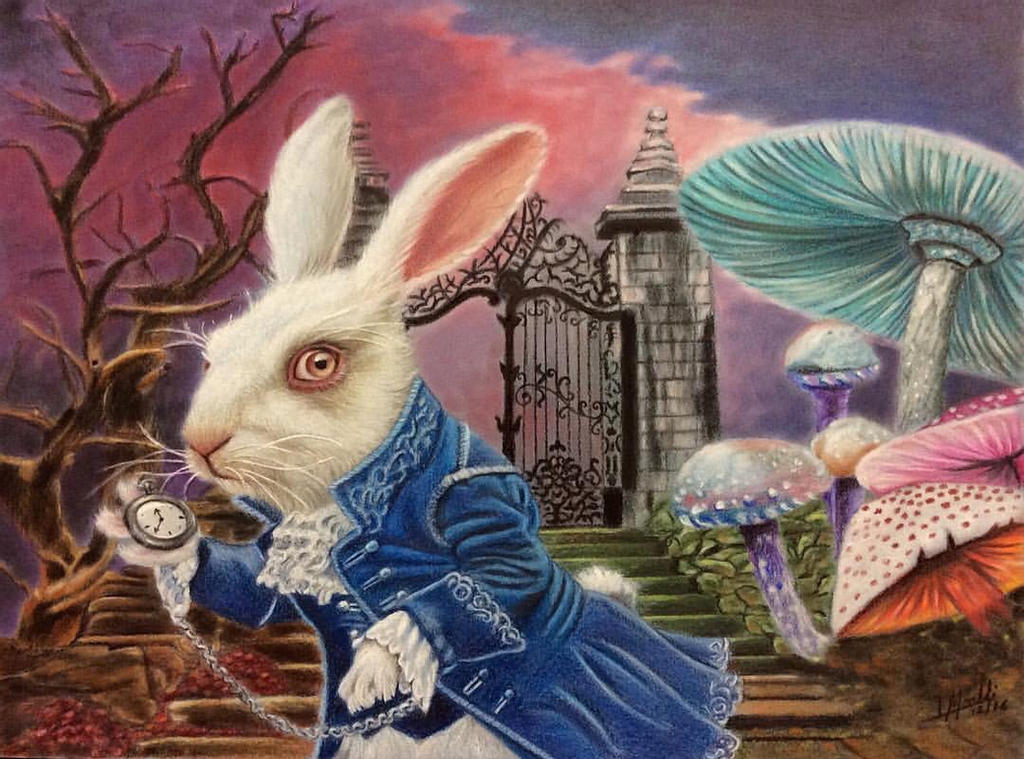 When we see through the self we see through our thoughts at the same time – it’s the same thing. We can’t see through our thoughts unless we can see through the self – that’s a fundamental impossibility, no matter what we might ‘think’ to the contrary! Normally, our horizons are strictly limited and we’re all pretty much covered over with a thick blanket of thought the whole time and – just as long as we’re seeing the world from the POV of the self – that’s all we’re ever going to see! As long as there is a concrete (or ‘literal’) sense of identity, our thoughts are always going to be opaque, which is to say, they are always going to ‘hem us in’.

We can’t generally see what the difference is between ‘reality’ and ‘reality as it appears from the POV of the self’ however. We automatically assume that it’s the same thing. If we thought about it at all then this is what we would assume but it is of course highly doubtful that we ever do think about it. We jump to the conclusion that it’s the same thing, but this just happens to be an assumption that we are entirely unjustified in making (as assumption so often are). Actually, the difference between ‘reality as it is in itself’ and our conditioned viewpoint on the matter is very big indeed. It couldn’t be bigger! If we think the world we know is the only one then we couldn’t be more wrong. As P.D. Ouspensky says:

But thou seest differently because thou seest the world outside thyself. Learn to see it in thyself and thou wilt understand the infinite essence, hidden in all illusory forms. Understand that the world which thou knowest is only one of the aspects of the infinite world, and things and phenomena are merely hierolgyphics of deeper ideas.

Everything we see from the POV of the self is ‘the world as it relates to me personally’ – this is obviously true of course but we rarely stop to think what this actually means, and it means a great deal. We could also say that the world we commonly see is ‘the world as it seems when it is filtered through my interests and concerns (i.e. ‘what I unconsciously deem to be important’). It comes naturally to us to do this and that is because we take the legitimacy of our viewpoint so very much for granted. We take it to be ‘the only way to see things’, but actually it’s only a way to see things apart – the way that I have accidentally ‘latched onto’, in fact.

This means that – as Jung says – that what we are really seeing when we look out of the world on the basis of our conditioned viewpoint is ourselves reflected back at us. We see our own unrecognised face looking back at us. If I’m seeing my own viewpoint reflected back at me the whole time (or ‘my own unexamined assumptions reflected back at me’) then this is of course as different as it is possible to get from seeing ‘reality as it is in itself’ because reality itself has nothing to do with me. ‘It’s got nothing to do with you, if you can grasp it’, as David Bowie says.

Reality itself is completely other, as it is said – it has no connection to what I happen to think (or what I happen to assume) at all. It lies in a direction that I cannot know about and so all my ‘guesses’ are always going to be completely wrong. The world as I commonly see it (the world as it appears to my conditioned viewpoint) has a homogeneity to it that is completely unsuspected. We don’t see this homogeneity at all, as we’ve already said. Somehow, it appears diverse to us. It appears diverse, and moreover we don’t have any sense that there is anything missing from the picture that we are seeing (which is this little thing that we are calling ‘reality’). The real has been murdered and there were no witnesses, as Jean Baudrillard says in The Perfect Crime. No one mourns reality’s passing, no one is going to notify the police.

It is sometimes possible all the same for life to pall on us and for the world we live in to reveal itself as being dull or bland or perhaps even frighteningly sterile and devoid of life. We might call this ‘feeling down’ or ‘having the blues’ or – if this mindset persists – we might call it being depressed. Calling it ‘being depressed’ doesn’t help us in the slightest however because making it into an illness (or a psychiatric condition) puts us off the scent even more. This perception just happens to be a true one, no matter if it happens to be a perception that is incongruent to that of our fellow human beings. It is if it is a sickness, then it is the sickness of ‘too much self’, only we don’t see that as being a problem – our superficial culture is all about the restrictive ‘concrete identity’ and so we think that we can’t have too much of it. How can you have too much of a good thing, after all?

When the world we commonly perceive and inhabit is nothing more than our own unacknowledged or unrecognised projection, then we’re not actually seeing the world at all. We have been ‘boxed off’, we are in our own sterile cocoons, as Jung says. We are in our own private fantasy which we don’t seem to be such because we are sharing it with untold millions of others, which lends our fantasy a spurious but very persuasive validity. What I am seeing must be true because he or she is seeing it too, I say. What I see must be true because everyone I know agrees with me that it is. This is the ‘circle of agreement’ – this is the ‘consensus reality’ that has such a hold on us. This is the ‘official version’ of how things are.

Artists and poets don’t see the consensus reality however – if they did then they wouldn’t be able to produce art, they wouldn’t be able to write poetry! It is of course quite possible to write books (for example) that are all about the consensus reality (i.e. that are all about a conditioned world that we don’t recognise as being a conditioned world); the shelves of any bookshop you go into are full of that sort of thing, but all of this is quite devoid of any real interest. It isn’t art because it doesn’t relate us to anything outside of ourselves, anything outside of our unexamined assumptions. It’s the same old sterile illusion-world reflected endlessly back at us, as if we hadn’t had more than enough of that old ding-dong already!

How fascinating it is that we are not fascinated with what lies outside the deathly cocoon of self-reflection! How fascinating it is that we don’t have any interest at all in what lies outside of it, and that we are perfectly content – so it seems – with the homogeneous diet that we are being constantly fed, the diet of ‘self, self and more self’! It is that we don’t hear ‘the call to adventure’, to use Joseph Campbell’s phrase? Is it that we do hear it, that we somehow have made the decision to ignore it, as Joseph Campbell himself suggests? Are we cheating ourselves out of life itself, out of our fear?

We could discover that the world is ‘empty’ (in this Buddhist sense of the word) any time we want; it just so happens that this is a rabbit hole that we most certainly don’t want to go down, not ever!