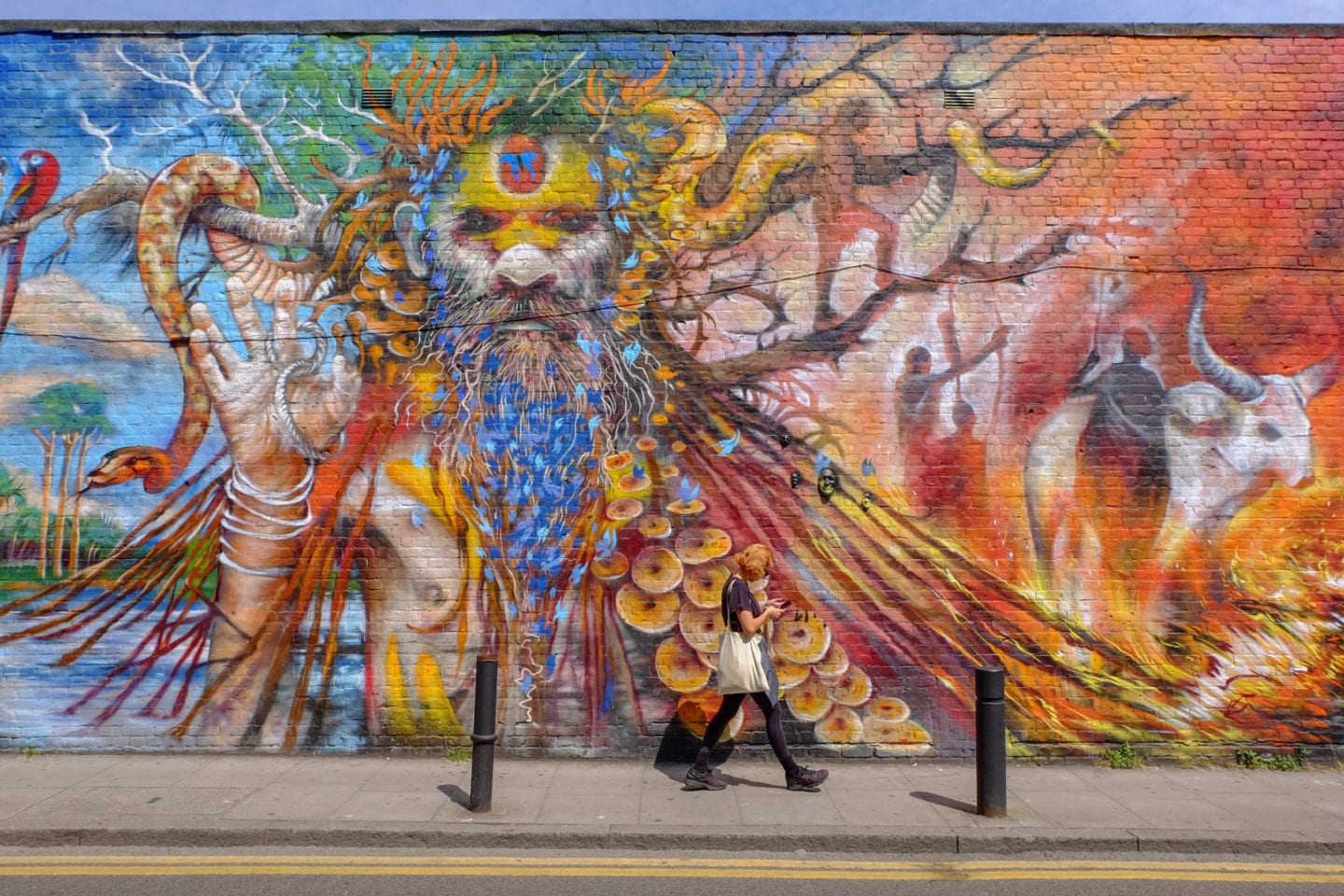 There is ‘a piece’ that we never seem to get and this causes a particularly vicious problem that we are quite blind to. The problem is that we end up solemnly dedicating ourselves to purely futile endeavours – we end up being wholly absorbed in meaningless activities that we don’t have the capacity to see as such. We dedicate ourselves to futile endeavours as if futile endeavours were the only thing in life worth bothering with. We are subject therefore to this very peculiar type of folly – the type of folly that we don’t see and which we won’t be told about!

What is this folly that we can’t see to be folly, then? What are those futile activities that we are talking about and what is ‘the piece that we never seem to get’? Addressing the second question first, we can say that ‘the piece we never get’ is the piece that has to do with logic (or thought) being entirely hollow. The essential nature of logic is that it is perfectly hollow (or tautological) and yet we always see it as being otherwise; we always see logic (or thought) in the way that it itself presents itself to us and this means that they never see logic/thought what it is at all.

This comes down to what Bodhidharma says about not using your mind to study reality (‘if you use your mind to study reality, you won’t understand either your mind or reality. If you study reality without losing using your mind you’ll understand both.’) It never occurs to us that when we study the mind with the mind we can’t possibly find out anything about the mind! It never occurs to us that we can’t possibly learn anything at logic by using logic as our investigative tool or instrument, and so as a result whilst we think we know what ‘logic is’, we haven’t got a clue.

We can never understand logic by thinking about it because thinking is logic and so this is the case of the blind leading the blind. The Police Department is conducting an internal inquiry into allegations of wrongdoing within the police force. One way of talking about our characteristic folly, the folly that we are so very given over to, is to say that we base just about everything we do on logic without ever bothering to look into what logic is. We’ve been swayed by its precision, its authority, is omniscience, even, and so we never bothered to check out its pedigree.

Logic is all about one thing and one thing only – the preservation of proportionalities. We start off with a particular set of proportionalities (a particular set of ratios) and we always end up with that very same set. No matter what, that original set of ratios gets preserved. If they didn’t get faithfully preserved then what we would end up with in this case wouldn’t be logic. Order is everything – order is the beginning and the end, that’s what logic is all about. ‘Order’ simply means that the original set of ratios in the structure gets to be preserved throughout all transformations – no new ratios are ever allowed to come into the picture. Transformations can happen, but only when ‘the rules that govern those transformations’ are scrupulously followed. As we have said, anything else just wouldn’t be logic.

Nothing is accidental, nothing is random, nothing is arbitrary; the domain of logic is like a crystal lattice – the way the ions are laid down is specified from the very beginning and so the pattern – however intricate – is always going to be the same. Anything accidental/random/arbitrary would constitute a flaw in the crystalline array – such in the crystalline perfection – such flaws can occur in crystals, but never in logic! Logic never contains any flaws and this is very impressive to us; this is what makes it such a good guide, we say. We might even say, ‘this is what makes it an infallible guide.’ There is just one problem with this however and that is that whilst logic is indeed ‘an infallible guide’ this is only the case with respect to the artificial or formal world which it itself presupposes.

This is a pretty major proviso therefore – we can enjoy the security of having logic as an infallible guide just so long as we stick to the unreal world that is created for us by thought, the world in which there is only logic. We may hum and haw about this statement as much as we like but this is nevertheless what it all comes down to – this is how ‘the deal’ works and this is the only way it works. Living in a purely logical world gives us that thing that we want the most, it gives us the security of being able to know ‘who we are and what we are doing and what it’s all about’. We can ‘locate’ ourselves within a defining framework, in other words. We can extrapolate what happens next before it happens; we can label things and know that these labels are fundamentally meaningful. The prize that we obtain as a result of accepting the deal that logic offers us is ‘the prize of ontological security’; all we have to do is live in a world that doesn’t exist and keep on telling ourselves that there is no other world possible!

This then is the piece that we just don’t get – the understanding that the continuum of logic isn’t in the least bit real. This is the piece we just don’t get and it is also the piece that we don’t want to get! The ‘folly’ we started off by talking about is therefore the folly of taking the world that is created by logic (or the world that is created by thought) as being real when it is merely an abstraction. The cost of involving ourselves in this folly is that everything we do and everything we think (in relation to this unreal world) is exquisitely futile.