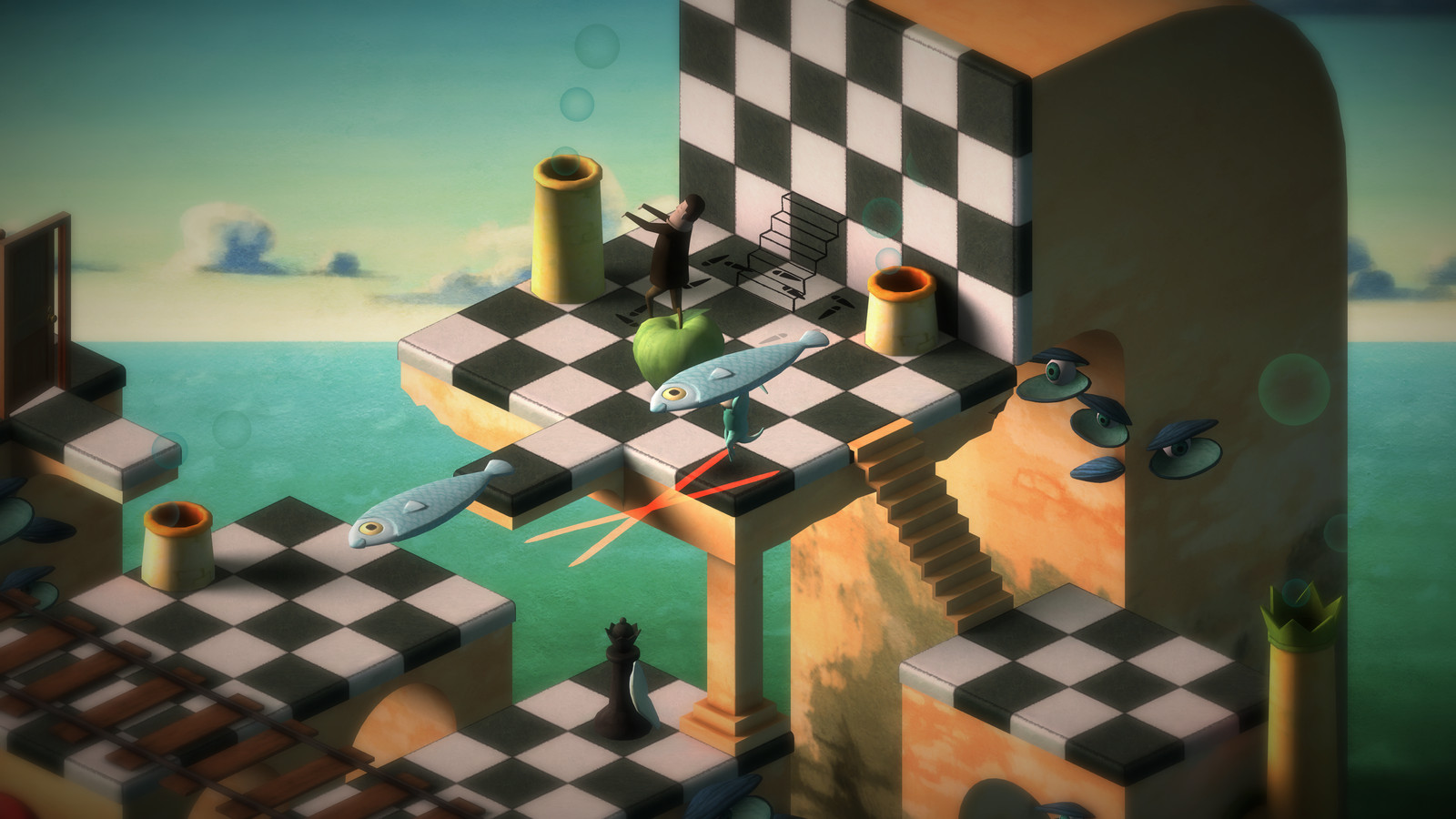 When we try to get through a period of unstructured time via strategies then the unforeseen consequence of this is that we create the ‘operator of the strategy’, which is to say ‘the controller’. Controlling always creates the controller – it’s a kind of a hollow game. The controller feels the need to control and this need can either be understood in terms of obtaining a valuable goal or avoiding a potentially dangerous outcome. Whichever way we’re coming at it, the act of controlling is what makes and sustains the game, and it is the game of controlling that creates ‘the controller’.

This wouldn’t be too bad (perhaps) if the problem in question actually were soluble but the point is that it isn’t. It’s an insoluble problem, a totally insoluble problem. No solution exists to the question of ‘how to purposefully traverse unstructured time’ and no solution ever can! What we’re trying to do is traverse unstructured time via a convenient strategy, via a handy rule-based procedure, so that all we need to do is keep cranking the wheel. Even to express things like this gives the game away – if time were structured then we would be able to find a formula to enable us to negotiate it in a satisfactory way. ‘Structure’ means rules, after all. ‘Structure’ means that there is a system there that we can crack. The time that we are trying to ‘jump across’ isn’t structured however and that’s the whole point. It is because it is unstructured that it challenges us so very much – we can’t understand what it is, we can’t understand what makes it tick, and so no matter what we do it remains fundamentally immune to our inquiries.

There is no way to crack unstructured time, there is no way to hack it. In order to hack something we would first have to work out what the internal structure is; when we do this than we can figure out what the correct angle to take is, etc, but if there isn’t any structure, then there isn’t an angle to find and that means we aren’t going to be able to find it! Something that isn’t based on rules can’t be cracked. We can’t ‘short-cut’ it – we can’t short-cut it because there’s no redundancy to it! What this means in practice is that if we approach unstructured time in this way (or unstructured space, come to that) then it is going to seem like a huge problem to us and we are going to experience anxiety when confronted with it. This is what Eric Berne refers to as ‘the fundamental problem of unstructured time’. Needless to say, we don’t all have anxiety with regard to this question of ‘how to get through the day’ (some of us do but most of us don’t) and this can be the case for two very different reasons.

One reason could be that we are not approaching the unstructured time as a problem and so – on this account – it isn’t (unstructured time isn’t a problem if we’re not trying to crack it, if it never occurs to us even to try to crack it), and the other (more likely) reason would be that we have already managed to pull off the trick or cheat of turning unstructured time into a mere routine (which is to say, a straightforward task or puzzle that can be completed in easy steps) so that there is actually no such thing as unstructured time for us anymore. According to Eric Berne, this is what almost all of us do – we put together a route map of habits, routines, pastimes, rituals etc, and in this way (by sticking religiously to our repetitive routines) we avoid the original problem. UT no longer exists for us because we never encounter it.

We are avoiding the original problem rather than solving it because unstructured time can NEVER be turned into a structure or system. What we can do however is replace unstructured time with the system, so that the challenge is neatly sidestepped. If we never mention the fact that we have replaced unstructured time with an over-simplified surrogate then it is just as if we had solved the problem. It’s a ‘successful cheat’, in other words. We’ve pretended that the problem isn’t there and that’s our ‘solution’. Actually however, we have only created another problem with all our cleverness – we have created another problem – the ‘new, improved problem’ that comes about when we successfully avoid or ignore the original problem!

What has happened when we sidestepped the original problem in this way is that we created in an entirely redundant situation for ourselves and so this is no solution at all. It’s a solution in name only. We have created a ‘hollow game’, which is of course what we started off this conversation by talking about: ‘the game creates the game-player that needs to win the game’. When we are the game-player then there is absolutely no help for it – we really do need to try our best to win the game, there is simply no freedom for us to do otherwise. The whole point of the game is that there isn’t any freedom to do anything other than try our very best to win. ‘Failure is not an option’, as we glibly say – only it is of course and that’s what frightens us. From the biased viewpoint of the driven game player we have to say that losing is not an option however – the thought of not winning is unbearable, we aren’t courageous enough to contemplate it. And yet the only reason we are in this position, stuck in this viewpoint, is because we are playing the game.

Turning the ‘original problem’ into a game that we can play (a problem or puzzle that we can solve) is how we avoid what seems like an impossible situation. We avoid the original problem by turning it into the solvable but meaningless task but then the next thing is that the new problem pops up and that new problem is that we get locked into a non-terminating redundancy, as we have just said, so we do manage to ‘solve the puzzle’ (because that’s now a possibility) but it doesn’t actually mean anything. Winning at the game is a redundant act and because it is redundant it doesn’t get us anywhere. We have succeeded it is true, but this is redundant success!

So we win at the game (if we do, that is, because we might not) but then – in real terms – we’re no better off; we’re no better off after winning than we were before and so there’s nothing more to do than play the game all over again. It’s like being in a room with stretchy rubber walls – we can progress in a very limited and short-lived kind of way if we charge like bulls at the wall with enough force, but we’re never going to get out of the rubber room all the same. That’s the whole point of ‘elasticity’ – the force with which we try to escape from the room is the very force that pushes us back into it. The contradiction inherent in finite games is, James Carse says, that we play them in order to bring them to an end – that’s where motivation comes from, rather than a love of the game for its own sake. [The game is quite sterile which means that it’s not possible to love it for its own sake.] The rub here though is that the more force we put into trying to end the game the more we perpetuate it. Just as long as we fail to see this we’re going to be bouncing off the walls of the rubber room forever…

The game provides us with ‘the game-player’ – it can’t provide us with what we really want, which is freedom from the need to be spinning the wheel, freedom from the need to ‘carry on being the controller’. I imagine that I can become free from the need to control by learning to control more effectively, more decisively, more cleverly, but all that happens as I do this is that I reinforce the apparent reality of ‘the controller’ all the more so that I get identified with it to an even greater (or more unquestionable) extent. We started off this discussion by saying that when we try to ‘solve the problem’ of unstructured time by strategising then the unforeseen consequence of this is that we create ‘the strategiser’. The irony here is that it is only the strategiser who needs to strategise – there is no problem really, we created the insoluble problem by trying to solve it. Or as we could also say – we create the eternally frustrated would-be controller since the final ‘closure’ which is being sought after so determinedly can never happen. Control is an impossibility.

Instead of talking about the impossible task in terms of finding a means by which we can successfully ‘traverse unstructured time’ we could talk about it in terms of ‘solving the enigma that is existence’. The act of trying to solve the enigma creates ‘the enigma-solver’ – the one who needs to solve the enigma, but because this is an impossibility, the enigma-solver isn’t in any way real. The would-be enigma-solver is a phantom striving to be real. We don’t perceive the enigma as being insoluble and because of that failure to see the truth we stubbornly persist in trying to solve it. The other way of putting this is to say that we don’t see that this false perception of ours (i.e. the perception that there is ‘an answer’) is what is responsible for the believable illusion of ‘the one who is seeking the answer’ (or indeed, ‘the one who has found it’).

We might of course argue that we don’t go around continuously trying to solve the enigma of existence and that this premise is a nonsense. It would be quite reasonable of us to argue this. There are two responses we could make to this argument however – [1] is that every time we think we are trying to solve the enigma of existence (even in the most trivial of things) and so because we are ‘thinking all the time’ we are continually trying to solve the insoluble enigma. The second response we could give is that almost every one of us is already convinced that they have found the answer. Inasmuch as we have some sort of literal belief about reality we think we’ve ‘got the answer’ and who amongst us doesn’t have a whole bunch of literal beliefs about reality? Our beliefs are inevitably going to be entirely wrong, but the spin-off from having them is that we get to imagine that we exist in a ‘definite’ or ‘literal’ way too, which is what we were grasping after all along…

Art: Back to Bed, theverge.com