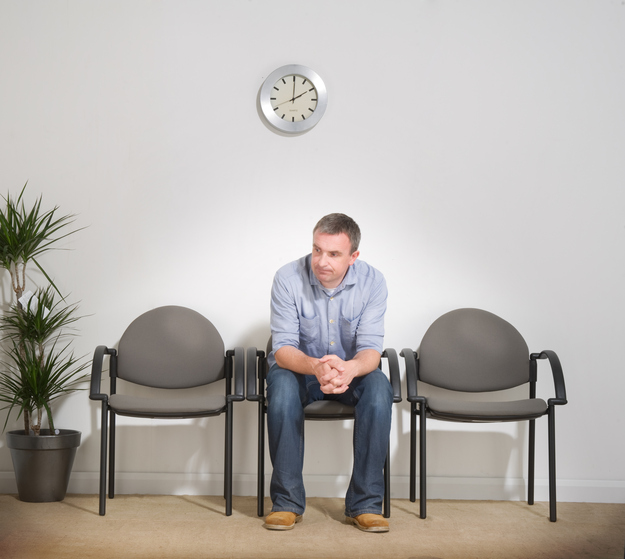 The everyday mind has a big thing about things being right – it really doesn’t like things ‘not being right’ and if it can’t correct them then it can’t abide this. It can’t tolerate this state of affairs – to not be able to fix what isn’t right is pure torment for us when we’re looking at things from the point of view of thought. It gives us hell about that.

We all know this, of course – the thinking mind provides the stimulus and we come up with the response; the thought triggers us and we react, etc. The TM detects an error (according to its own narrow outlook) and we struggle to correct it – this is our life when we’re under the yoke of the mechanical tyrant we called thought. We might hope that things will get better than this if we perform well enough at our allotted tasks but they won’t. The state of conditioned slavery is ‘as good as it gets’, as the lines goes in the film of that name.

The conditioned life, at the very best, is the life of a successful or well-adapted slave – when we are well-adapted slave then we can very easily entertain the fantasy that we are the boss not thought and that we are autonomous beings swanning around contentedly doing pretty much as we please, but this is never more than a fragile illusion. This is a very fragile illusion, but it is nevertheless one that we won’t even come close to seeing just so long as the ‘good times’ continue. Not seeing that we are the ‘slaves of thought’ is what we call ‘good mental health’! Being able to conform successfully to the dictates of the thinking mind is what we see as ‘good mental health.

What spoils this comfortable fantasy is when thought tells us that we have to fix some issue or other but we can’t. When this happens thought will torment us mercilessly – it will put us through the wringer big time and there will be no relief until we solve the problem (or unless we do). Even then we don’t see that we are a slave and that we are being bullied (or rather abused, quite literally) – we automatically side with thought and condemn and abuse ourselves, we take the big stick to ourselves, believing that there is something wrong with us, believing that it’s all our fault. A lot of suffering is (usually) necessary before we stop internalising this abuse and believing everything that thought tells us. A lot of suffering is needed before we ‘wake up’ to the fact that our thinking isn’t us, in other words.

We could also say therefore that a lot of suffering is needed before we see through the thinking mind – the system of thought has one glaring ‘fault’ with it, one glaring fault that can’t ever be fixed; a fault that is in fact so irrevocable as to not really be a fault at all. This fault has to do with its complete lack of genuine authority. Thought is playing a trick on us by pretending that it is coming from a sound basis, a basis that – according to it – is absolutely unquestionable. Its basis isn’t ‘absolutely unquestionable’ at all; it is rather ‘absolutely farcical’. Thought is compelling us to take seriously what we never should take seriously; which is to say, its own home-made rules and regulations. What thought says is ‘wrong’ isn’t wrong at all – it’s only wrong with regard to the pointless arbitrary game that it is playing.

Thought is continuously validating itself and it does this by saying that the dichotomy of right versus wrong exists out there in the real world and that all it is doing is drawing our attention to it. The truth of the matter is something very different however – there is no dichotomy of <right versus wrong> in reality because <right way versus wrong way> is a projection of the framework that thought is acting out of and refusing to question. Polarity is an artifact of thought. Expressing things this way different complexion on the matter – thought is declaring that there is a power greater than it and this puts it in a good light, so to speak – it is paying lip service to what amounts to a ‘divine principle’, whereas the truth of the matter is that the only ‘power’ it honours and has respect for is itself.

This is like a person who has a position of power and makes a big deal about their respect and veneration of the truth, whilst – in reality – the only respect and veneration they have is for their own self-serving version of the truth. What we have here therefore is the motif of the false steward, as exemplified by the Sheriff of Nottingham who claimed to be faithfully serving the absent King Richard whilst in reality only serving himself. If he owned up to only serving himself then he would be run out of town immediately – it is only by (falsely) claiming to be ‘serving the true master’ that the unfaithful steward gets to hang on to his power. So what thought does to stay in power is to claim (implicitly rather than explicitly) to be ‘representing the truth’, to be standing for the truth. This is obvious enough: the only reason thought is able to make any claim at all on our attention is by claiming to represent the truth! Thought can (under certain limited circumstances where all the conditions and qualifications are carefully stated) be said to be representing reality and where this is the case then it may be said to be functioning in an honest or non-deceptive fashion. Thought is non-deceptive when the conditions it assumed are being clearly acknowledged, but the only thing about this is that that ‘transparency’ very rarely happens!  In order for the thinking mind to be operating in a helpful way it is necessary for us to see all the qualifications that it inevitably comes with (as part of the package) and this is something that we hardly ever do. For a self-styled ‘rational culture’ we know startlingly little about how the rational mind actually works – we take it for granted that thought’s statements have an absolute (or unconditional) validity that they never do.

We work on the assumed basis that our thinking is ‘a genuine representation of the world that it is telling us about’; we imagine that our thoughts partake in the same reality that they are in the business of relating us to, so to speak. This is not at all the case however – thought belongs to the formal world and the formal world is a wholly artificial setup which has no root or basis in the reality at all. It’s an ‘artificial overlay’ that we project on top of reality, not something that arises naturally from it. This isn’t to say that thinking isn’t useful because it clearly is – that’s why we have evolved the evolutionary asset of ‘the old grey matter’, as Hercule Poirot would put it. There is an aspect of the physical world which corresponds very exactly to our mental models of it and what this means, of course, is that under these conditions the rational faculty is adaptive, it enables us to adapt to our environment and so it is perfectly and admirably functional in this very specific regard. This pragmatic adaptation isn’t the ‘be all and end all’ however – even though we very much think that it is. Just because thought useful (or even essential) in one setting doesn’t mean that we have to prostrate ourselves before it and worship it on a full-time basis! It’s our tool, not our master.

To believe our thoughts is thus to be confined to the Black Iron Prison and almost all of us do believe in our thoughts. We can’t think our way out of this prison because our thinking is the prison – it’s made up of plotting and scheming and so we can’t plot or scheme our way out of it. Although thought remains useful within the deterministic aspect of the universe therefore, it has a downside that we can’t afford to ignore; we need to use it, it’s true, but when we do use it we fall under its magnetic, sleep-inducing power. Thought is an extremely dangerous tool, therefore – although we never see it as such. According to the Ruler of this determinate world – which is rationality – there simply is no other world and this is of course the gnostic myth of the Demiurge and his False Creation (or ‘the Hall of Mirrors’) in a nutshell. To be consigned to the Deterministic World is a very dire situation, even though we’re not able to spot this, even though we’re totally blasé about it. We’re in a very dire situation because this world only gets to exist by denying any other world and we aren’t part of that deterministic world – we don’t belong there. Its nature is not our nature. We don’t belong there because our nature is different to the nature of thought, is not that of thought. Our nature is not that of thought and its constructs and yet we are not allowed to know of any other world, and this constitutes the ultimate form of alienation – this constitutes a state of profound alienation both from our own true nature and from reality itself.