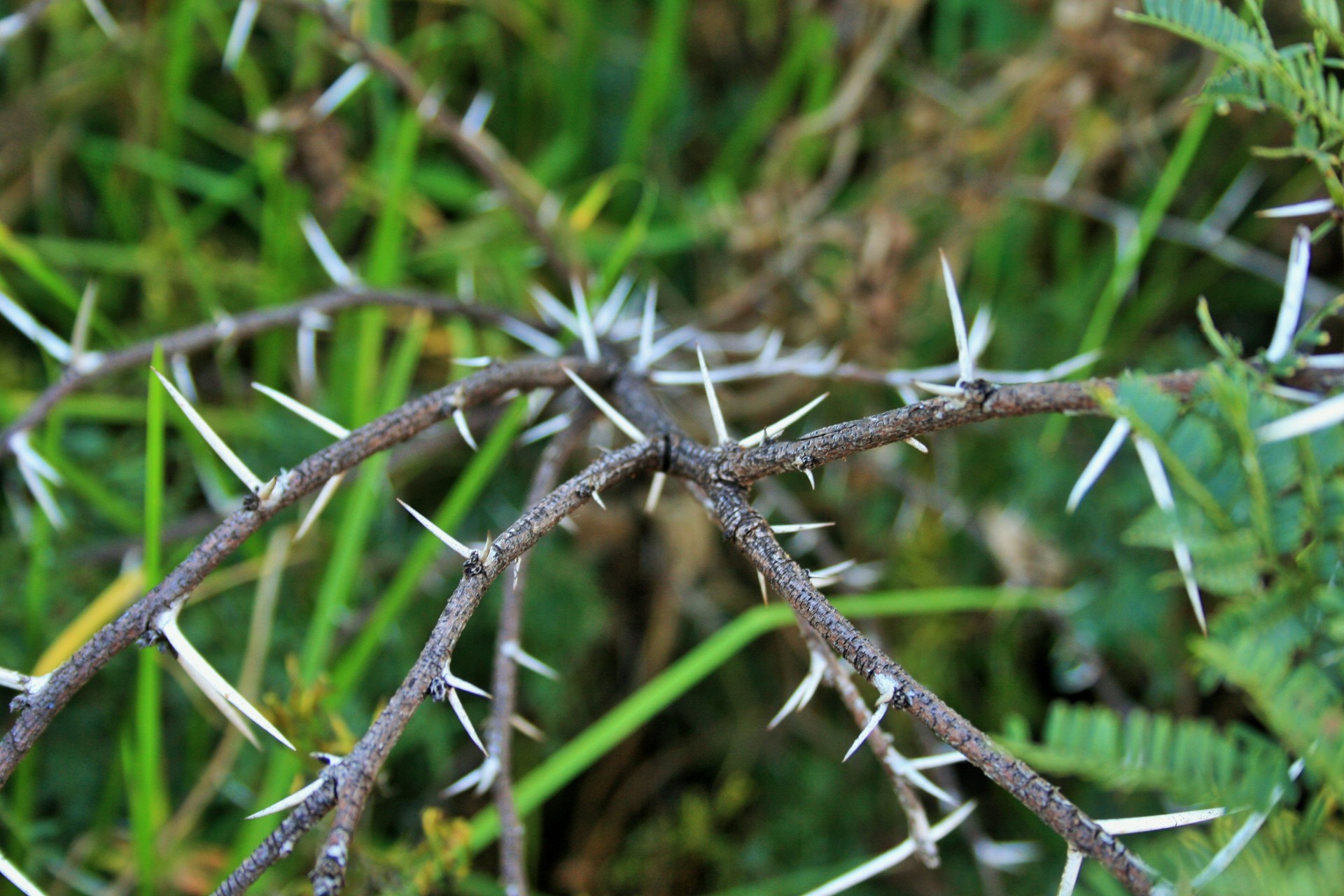 A good way to talk about psychological entropy is to say that it is loss that we cannot register, loss that we do not know about, loss that we are sublimely oblivious to. This may not sound like a very sophisticated definition of entropy – it may not actually sound like any sort of definition of entropy at all – but when we go into it we find that this simple approach is all that we need. Losing being without being able to see that we are losing anything is what psychological entropy is all about. ΨS is ‘an invisible (or undetectable) loss of being’ and this is what creates the Shadow World.

It is as if we’re swimming around in some warm tropical sea and an invisible shark is following us around, methodically nibbling bits off us every so often. First it’s a toe, and then it’s a foot, and then the next thing is that it’s an entire whole leg, and the shark doesn’t stop here either. We don’t notice anything amiss however even when there’s hardly anything left of us all. Even more amazingly, when the shark has eaten up every last little bit of us we still don’t notice that anything untoward has happened! The shark’s teeth are just too sharp and so the surgery goes on unnoticed by us – we carry on just the same, oblivious to the catastrophe that has befallen us. As far as we’re concerned nothing has happened and yet at the same time there’s nothing left of us at all, not even the merest trace or hint.

One obvious response to this explanation of what psychological entropy is all about is to say that the sort of thing we have just described can’t happen and so on these grounds it can’t be regarded as a good explanation for anything. This objection is reasonable enough because what we have proposed here doesn’t make sense in what we would call ‘practical’ terms- it’s too far-fetched, too fantastical to be believable. And yet despite the very reasonable nature of our objection this is nevertheless exactly what happens to us when we fall under the influence of psychological entropy – psychological entropy is the invisible shark that eats us alive without us ever knowing it. Superficially, we might think that this is a kind or merciful shark because there’s no pain; were we to be a bit more ‘psychologically sophisticated’ than this however what we have just said would set off all sorts of alarm bells since the absence of pain that should be there is very bad news in the psychological sphere of things. We have become ignorant of the elephant in the room, we have become disconnected from what matters in life and that spells trouble.

‘The avoidance of our true pain is the foundation of all mental illness’ says Jung and so what we have here is a reference to the operation of psychological entropy – the way in which we get separated from our actual situation (or separated from our actual nature) without knowing it. The avoidance of our true pain is the same thing as the avoidance of reality; this sounds like a somewhat trite thing to say but it isn’t – it’s just that we tend very much not to understand this super-significant business of ‘departing from reality’. We don’t understand that departing from reality is what our everyday life is all about, that it happens all the time, that this ‘reality-avoiding activity’ is what creates the world as we know it. Inasmuch as we think we know anything about the world (or ourselves) we have departed wholesale from reality and this is the thing that – generally – we just can’t get. We are of course absolutely convinced that the world we know about (which is to say, the Defined World) is the real world; we are absolutely convinced that the world which has been created by thought is the real world. You simply couldn’t tell us otherwise….

This then is why we don’t really ‘get’ what it means to depart from reality; we don’t know what it means to depart from reality because we always see everything backwards – what we call real is unreal and vice versa. Our thoughts are representations of what is real but they are also (of necessity) false representations, just as all descriptions have to be false. ‘The only thing equal to the universe is the universe itself’, as Robert Anton Wilson says. Representations are representations – it’s fine for a symbol to stand for something but that doesn’t mean that it is that something! To imagine that a symbol actually is what it is symbolizing would be completely stupid, and yet this is what we do all the time. We mistake our thoughts about the world for the world itself and there aren’t any of us who don’t make this mistake on a full-time basis. All we ever know are what our thoughts or beliefs are telling us – the fact that we believe ourselves to live in a world that we understand or know about shows that we are taking our definite descriptions of reality as being synonymous with that reality since all we can ever ‘know’ are our descriptions. To think we know anything at all is evidence of our profound disconnection from reality, in other words.

As Nagarjuna says, ‘All philosophies are mental fabrications. There has never been a single doctrine by which one could enter into the true essence of things’. And as Jung says in Civilization in Transition (CW10), ‘The danger that faces us today is that the whole of reality will be replaced by words’. Philosophies or mind-maps are sterile mental fabrications and the danger that Jung is referring to is the danger that these mental fabrications are going to replace reality. Only this isn’t ‘a danger that threatens us’ so much as ‘a danger that none of us have ever managed to avoid’. The most ridiculous mistake we could ever make as also the mistake that we always do make, and this is not a view of ourselves that is particularly attractive to us, naturally enough. We might have to stop calling ourselves Homo Sapiens if we took this on board.

The loss that we started off talking about is the loss of the reality that we are symbolizing with our thinking-process therefore. We describe the world to ourselves and then – as a result of this act of representing reality to ourselves in concrete terms tasks – we lose what we are attempting to describe. An even simpler way of putting this is to say that ‘we lose what we are grasping for precisely as a result of grasping for it’. Our grasping is perfectly counter-productive,in other words – we end up with exactly the result we don’t want. By grasping at being we lose being and despite this counter-productivity we never stop grasping! Far from putting us off, what happens is that we grasp all the more – we actually create a whole world out of our grasping… ‘Grasping at being’ (or clutching at existence) – which in more familiar terms translates as controlling or striving or ‘working towards our goals’ – is a way of life to us and it’s not just ‘a’ way, it’s the only way we know. Doggedly pursuing our goals (or ‘chasing our dreams’) is the name of the game and we don’t recognize any other way of life as possessing any legitimacy.

It is clearly the case that we don’t see this loss, that we don’t in any way perceive or even suspect it. If we did then we wouldn’t continue so enthusiastically with our grasping, our controlling and our thought-forming activities. If we did see that by grasping after being we lose the very thing we’re grasping at then we would give up on this activity as a lost cause and there would be no more of it. Were this magic thing called awareness to be brought into the picture then our grasping, our thought-forming activity, would become extinct very rapidly. The whole point is that awareness doesn’t come into the picture however, and this is what keeps the show going. As a result of trying to solidify and consolidate being for ourselves we lose that being and at the same time we lose the ability to see that we have incurred this tremendous loss, this absolute loss, and this is the operation of psychological entropy in a nutshell. By grasping or controlling we create a Shadow World that is made up of our grasping, made up of our controlling, and the thing about this is that neither the world that we have made with our grasping nor the one who is acting out that grasping is real. The grasping or controlling creates the world that we are grasping at (or the world that we are trying to control or manage) – and it also creates the illusion of the grasper or controller, which is the one who stands to either gain or lose by this grasping, this seeking, this controlling.

By grasping we create the Shadow World therefore, which is the world that isn’t there but which seems to come in to existence when we grasp tightly enough. We create the Shadow World with our grasping, but this doesn’t work out well for us because it is full of spikes and thorns and needles that cut into us when we hug it close. It’s as if we are lovingly embracing a cactus. This world that we create with our own controlling is made up of both honey and razor blades, as the Buddha has said, so that the more enthusiastically we throw ourselves into the project of licking up all the honey the more we end up lacerating our own flesh in the process, For a while – intoxicated by the wonderfully sweet honey – we actually don’t feel the pain of the razors cutting into our flesh but then, as the intoxication wears off, the pleasure is all gone and all we left with is the horrific pain of our wounds. The Shadow World which thought (which is itself pure controlling) creates is composed of both pain and pleasure in equal portions, along with the greyness that comes about as a result of our ignoring any other sort of reality, any sort of reality other than the concrete one which was created by our grasping.

Any other form of reality is of no interest to us because it has no relevance to our needs, to our desires, to our fixations, because (in other words) it doesn’t impinge on us in either a painful or pleasurable way. It isn’t concrete for us –it is too ephemeral, too intangible, for us to care about. We only like stuff we can hold on tight to, after all – if thought can’t demonstrate it to be measurably real then we’ll have no truck with it. What thought can’t demonstrate to be real generates no sense of security for us. What we’re clutching at isn’t really this self-contradictory Shadow World however but the validation of our own existence that this prickly-sweet world provides. Validation is pleasure and devalidation is pain – the one is the sweetest thing in the world, the other is the bitterest. We know nothing greater than the seeming validation of our own supposed existence – this is our ‘all-consuming passion’, we might say. This is ‘the Great Addiction’ (or ‘the Great Obsession’). Due to our inability to see that pleasure and pain are one and the same thing we perversely (and unknowingly) dedicate our entire lives to the all-important task of pursuing suffering and nothing – it seems – will put us off…