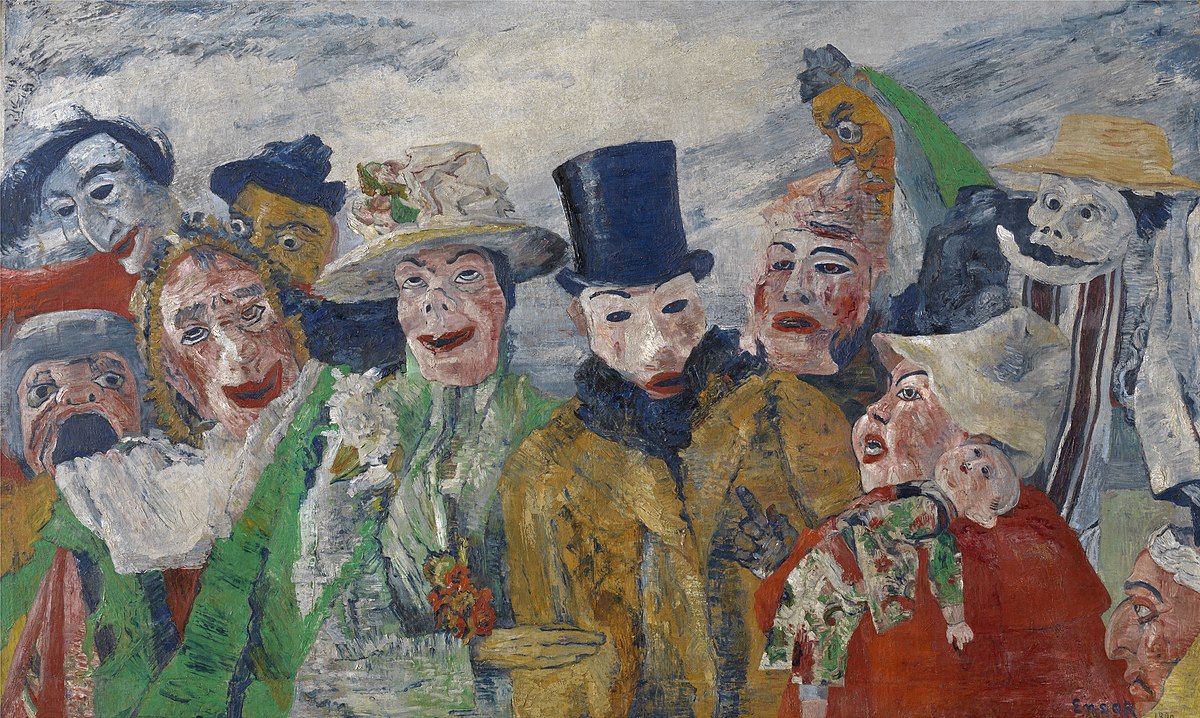 Our existence takes place between two very different realms. We can’t say that these two realms are opposites, or oppositional, because they aren’t. Opposites are the same thing seen in two different ways whilst the two realms that we’re talking about here have nothing in common. There are not a pair, they are not the two ends of the same stick.

One of these realms, we might say, is the Realm of Suchness – in other words, it is a world in which there is ‘quality but no quantity’. The other realm – we might say – is a world where there is ‘quantity but no quality’. This is the Realm of the Known, the realm that can be exhaustively described or codified. An awful lot has been said about this world but it’s all very dull, very flavourless – we can talk and talk and talk about the Realm of the Known but it doesn’t actually add up to anything. Suchness is the other way around – because there is no quantity involved in the Realm of Suchness there is no possibility of describing this realm or even saying anything about it at all. It can’t even be ‘proven to exist’!

It might be thought that we can describe ‘quality’ but we can’t – descriptions only work when there is a common framework or standard to refer to, a framework or standard that can be used to identify and categorize different facets of life. ‘Quality’ however cannot be related to any framework, any standard, any rule or criterion that thought might come up with. Quality is always unique, in other words, and the idea of standardising it is quite meaningless. The standard is an abstraction, whereas the qualitative is the real deal. This is where the actual ‘meat’ is, stripped of all the hollow hype.

The World of Suchness cannot in any way be described therefore but this apparent shortfall is more than compensated for by the fact that it is genuinely real! The other realm, the Realm of the Known, is the other way round – we can say as much as we like about it, we can wrap it up from top to bottom with words and figures, but this apparent ‘strong point’ is rendered null and void by the fact that none of this is real.

The World of the Known has to be deceptive if it is to stand at all – if it were honest then it wouldn’t exist! The deception in question is very easy to explain – the World of the Known (which is the World of Literal Truths) claims to have actual content when it doesn’t. If we live in a world that is made up of descriptions or labels then the implication is very much that these descriptions or labels have some actual relationship to what they are supposedly describing or labelling. Why else would we have any truck with them otherwise? The thought that there is no relationship never occurs to us – if we never connect with reality fully (if we’ll never get the proper taste of it) then we take this failure to be our fault, not the fault of the map that is guiding us.

In this sense the World of the Known not only deceives us but it abuses us – we are led to believe that this world has content when it does not, and when we fail to connect with this supposed content or fail to obtain it (and thus be ‘a winner’) we recriminate against ourselves rather than seeing that the whole thing was a trick. We internalise the blame rather than seeing that it is the system itself (or the world created by the system) which is the abuser. We become an extension of ‘the abuser mind’ and abuse ourselves night and day! That’s too big a thing to see – beaten down, brow-beaten and terminally disempowered as we are, we can’t even begin to countenance such an audacious act as ‘questioning the entire system’.

In the normal run of things we are not just ‘taken in’ by the deception being perpetrated by the World of Form, we’re hypnotized by it. Believing in the World of Form means that we become forms ourselves and the thing about ‘becoming a form’ is that we get divorced from reality in the process since forms are ‘all on the outside’, so to speak. With a form, everything there is exists ‘on the outside’ and nothing exists on the inside (there actually isn’t ‘an inside’ when it’s the World of Form that we’re talking about) and so this is exactly what happens to us when we take up residence in this most limited of (apparent) worlds – we have an outside but no inside, an ‘outer’ (or ‘theatrical’) life but no inner one…

Another way of talking about ‘this world that seems to exist but which doesn’t’ is to say that it is a situation where absolutely everything is defined in terms of an overarching framework, which is thought. If it isn’t defined precisely by the framework then it doesn’t exist, if it isn’t defined then it can’t exist, and yet the rub here is that the framework itself doesn’t exist. The FW only exists ‘on the outside’ and in reality there is no ‘outside’. This is like saying that you can’t ever be on the outside of Wholeness because Wholeness very clearly has no outside! The Whole has no limits, no boundaries, no edges, no parts and so where there is Wholeness there can be no form, therefore.

When we exist within the Known World (or World of Form, if we want to call it that) then the only type of existence we can have is a form-like existence, a conditioned existence (which is to say, an existence which is entirely dependent upon conditions or rules) and this state of existence contains an invisible deficit. Entropy has been incurred, and this renders us capable of realizing that it has – we now excluded from Wholeness (or ‘reality’) but we don’t realize that we are because Wholeness doesn’t exist in the conditioned world, which is the only world we know. We can’t in any way relate to this loss since Wholeness doesn’t actually mean anything to us (beyond being a concept that we falsely imagine ourselves to already understand).

We are forever chasing Wholeness in the Abstract World therefore, but we don’t know what we’re chasing. In the modality of existence that is characterized by invisible incompleteness we are continually active, continually striving, continually angling for the beneficial outcome and all of this activity is futile since the since Wholeness is the one thing we will never find in the abstract realm. Just because the deficit that is built into this (pseudo) world is invisible doesn’t mean that it isn’t driving us – what it does mean however is that we don’t have a clue as to what our motivation actually is and as a consequence we are constantly chasing things that we don’t really want. We are in other words ‘constantly occupying ourselves with surrogates’ and this is the very quintessence of futility.

There’s no suchness in the Abstract Realm because suchness is ‘the flavour of Wholeness’, so to speak, and there is as we keep saying no Wholeness in the Abstract World, no wholeness in the World of the Known. They can’t be any wholeness in the World of the Known because Wholeness by its very nature can never be known – if we want to know things then we have to remove all traces of Wholeness, even the slightest whiff of it would be enough to fatally compromise the life that we have constructed for ourselves on the basis of ‘what we think we know but don’t really’. Our situation in this partial world, which is the fractional world of our thoughts, is a peculiar one therefore; it is a peculiar one because not only are we confused about what we really want, it is vitally important to us (although we can’t admit it) to stay confused – the very last thing we want is to actually come across what we looking for, after all.

Life takes place between these two realms, as we have said, but mainly it takes place in the Realm of Form, the realm that can be described and that is concretely known about. In this abstract world everything is determined, everything is defined – who we are is predefined, what the world ‘is’ is predefined, our volition, our motivation is predefined. What we want and don’t want is predefined. The World of the Known is a world without any freedom in it therefore; it is a world that is entirely governed by rules and compulsions! We are compelled to flee the bad outcome and chase the good, without ever reflecting on what we are doing. By ‘knowing everything about this concrete or literal world’ we are therefore controlled by it – we are controlled every step of the way by what we think we know but don’t, which is counterintuitive since we naturally imagine that with accurate knowledge there will come freedom. Freedom doesn’t come from living in a world of our own literal descriptions though – freedom comes when we see that these descriptions aren’t true. Freedom comes when we realize that we don’t know anything…