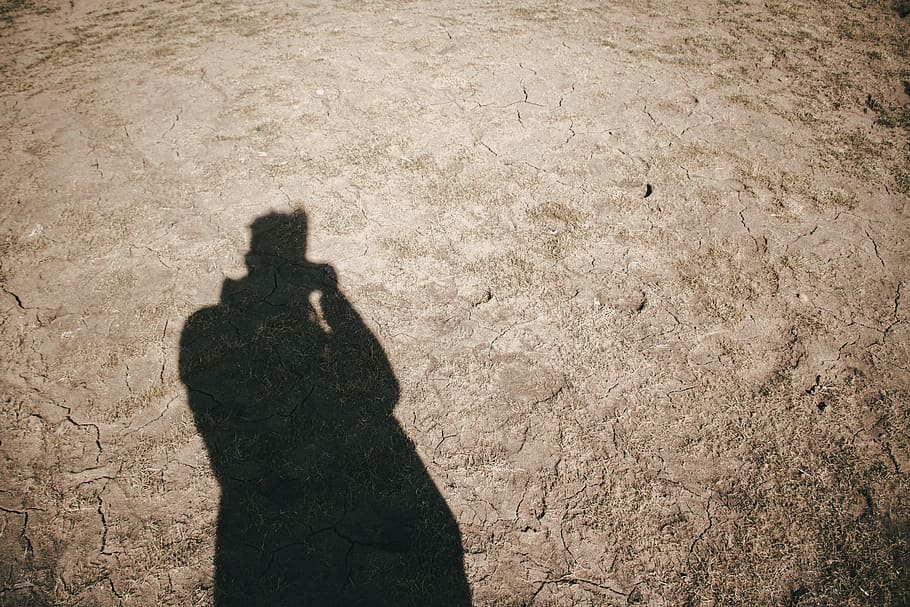 Thought is a strange kind of thing in that it is everything as far as we’re concerned and yet it is also nothing – it is nothing because it has nothing to do with anything that is actually real – it’s only a game, it’s only ‘made-up stuff’. Thought is only a game, it is a system of relations between unreal positions that we ourselves have called into being, and yet at the same time it is the only reality we know. It is a game that has very much got the better of us; it is a game that has become the beginning and the end of everything we ever experience despite – at the same time – being so ridiculously ‘petty’ as to be actually non-existent. We’ve got lost in the trivial, we have been taken over by the bureaucracy, and yet in the real world nothing is trivial, in the real world there is no bureaucracy. When our concerns are too small, too trivial, too petty, then they are simply not real and that’s what playing games are all about – pretending that something is real when it isn’t, and then forgetting that we are pretending.

Thought – or the world that thought makes – is comprised of precisely set-out relationships between positions that aren’t actually there, as we have just said. It is made up of the intricately worked out relationships between positions that we have arbitrarily said to be there. This is all ‘upside-down’ therefore – we have this situation where everything is stringently defined, and where all possible pathways of change have been elucidated down to the nth degree so that only what the rules say can happen gets to happen and yet all of this rigidity is based on nothing at all and applies to nothing at all. It is ‘unnecessary rigidity’. When we live on the basis of thought we become the unhappy inhabitants of the Shadow World therefore. We certainly don’t become the happy inhabitants of the Shadow World; we don’t become ‘the happy inhabitants of the Shadow World’ because such beings don’t exist! There is no way to be in any way happy here in the terminally bureaucratic world of our rule-based thoughts; what we’re talking about here is – we might say – the exact inverse of happiness, it is a peculiar state of affairs in which our minds are as tight as tight can be and where our only satisfaction comes from proving to ourselves (or others) that life really is as dismally uninteresting as we say it is. Great is our satisfaction when we’re able to do this – when we’re able to prove that things really are what we – in our small-minded way – say that they are. This is the self-defeating impulse that lies at the very heart of rational existence, the self-defeating impulse that we are so very pleased to obey at every available opportunity. We are obeying machines in the loyal service of the self-defeating impulses generated by the unaway mechanism of thought; we are ‘unconscious obeying machines’, never getting curious as to what life might be like when we depart from the stale old script that our ever-repeating ideas have set for us. The only good thing about the ‘Shadow World’ – we might say – is the extraordinary adventure that unfolds when we finally forsake it…

If we are to understand thoughts then we first have to understand rules and a rule (we might say) is a thing that applies ‘across the board’. A rule is an ordering principle – it tells all the various elements in the mix ‘how they have to be’ and this means that there is a tremendous loss of diversity going on. The rule is the thing, not ‘the things that are being ruled over’. What those ‘ruled-over things’ are in themselves doesn’t matter; what they are absolutely doesn’t matter – all that matters is that they fall into line. ‘It doesn’t matter where you come from, it only matters where you’re going’, to paraphrase Ilya Prigogine in a rather crude way. The goal is all-important and whatever does not lead to the goal is an error.

What we’re looking at here is a vision of non-linear thermodynamics as applied to psychology, which is an extraordinary inversion of our ordinary way of looking at things. Our ordinary way of looking at things is the output of the set of rules which constitutes the system of thought, and this – for most of us – is ‘our way of looking at things’. Our way of looking at things is our way of understanding the world and our way of understanding the world is the world. What else would the world be but our understanding of it? So as much as we take our thoughts to be ‘the final word’ thought itself is our world and nothing else. When we take thought to be the final word then there can be nothing else in our world apart from our thoughts. Taking our thoughts literally separates us from the undecided or unspecific reality therefore (the indefinitely broad base of the cone) and it transposes us into a world that is made up of definite statements, which are ‘the output of the machine of thought’.  The definite no-nonsense ‘it-is-only-what-it-is’ mind-generated world is now all we are able to ‘enjoy’ (even though enjoy isn’t really the right word, since our so-called enjoyment is also ‘mind-generated’ here). Everything else apart from the sharp point of the cone is closed to us, everything else is forbidden. Reality – which is the broad base of the cone – has been shrouded from us.

About this ‘prescribed world’ that has been created by the action of thought we can say several things. One thing we could say is that a huge amount of entropy has been generated – ‘There is no knowing without entropy’, to paraphrase Stuart Kauffman. ‘The price of structure is entropy’, as Ilya Prigogine says. The hidden debt of entropy that goes into creating the matter-of-fact world which is the only world we ever have any business with is colossal – this entropy debt constitutes ‘the Shadow of the Real’ and a very dark shadow it is too. The undifferentiated reality which makes up the undefined (and therefore unverifiable) base of the cone – the base that is the sum total of everything, the base which is ‘everywhere and nowhere’ (as well as being the base that we say doesn’t exist) – is ‘the extraordinarily unprecedented event’ – there is simply no making sense of it at all. This is Umberto Eco’s Enigma.

We can ask ourselves how this event ever came about (or rack our brains over the question as to why it should have happened) but no answer will ever come to us – all answers come out of thought, after all, and thought is fundamentally disconnected from ‘the truth’ (whatever that might be). ‘The All’ is ‘the All’, and that’s just about all we can say about it! There is nothing ‘outside’ of the Unprecedented Event, there is no logic to the inexplicable state of Non-Dual Subjectivity, no cause for it; it exists outside of the World of Causes (which is a big problem for us because ‘causes’ are all that we understand). The pointy end of the cone is the perfect inverse of this: rather than being unprecedented it is entirely precedented. It is precisely as it was always meant to be, it is exactly as it was ordered to be. It obeys the laws of logic, the law of precedence, in all respects – there’s nothing at all ‘strange’ about it, in other words. To live in the world that has been created for us by thought is to live in a world that is completely normal (or completely regular) within the universe that is endlessly strange, a universe which transcends the meaning of what we ordinarily understand by the word ‘unique’….