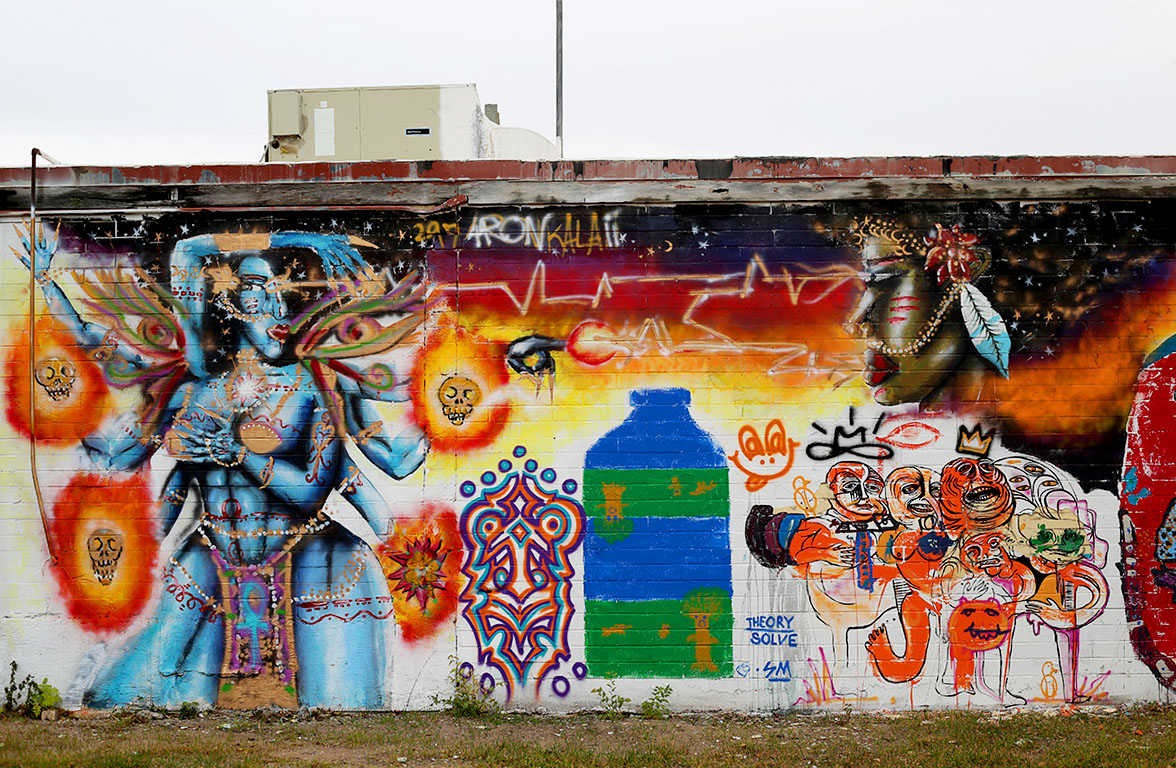 The Continuum of Thought is created by a certain type of effort and unless this effort is continually exerted there will simply be no COT. Thought isn’t ‘a real thing’ therefore – how can it be a real thing when we ourselves have to force it into being? It’s not a ‘real thing’ – it’s a doing, it’s something that we do.

This isn’t how we would normally see things, it is true, but it is nevertheless very easy to demonstrate how this is so – we only need imagine a child’s seesaw. In its natural (or ‘un-interfered with’) state a seesaw is untilted (or unbiased) and this means of course that there’s no POSITIVE and NEGATIVE, no YES and no NO. This is the symmetrical situation – it is symmetrical because there are no inequalities, it is symmetrical because YES equals NO and if YES equals NO then there actually isn’t any YES or any NO. There is no polarity.

When we apply force to either one end or the other of the seesaw then straight-away we do have plus and minus, yes and no; we have polarity where before we didn’t. Symmetry has been broken and once symmetry has been broken then there’s no going back. There’s no going back because what we have now, in place of the original state of symmetry, we have only the two terms of ‘plus and minus’ and no matter how much we play around with these two terms we’re never going to be able to go beyond them, we’re never going to be able to ‘transcend’ them. An analogue world can easily be converted into a digital world, but the digital reality that has thus been derived can never be used to return to the analogue…

The reason for this is that the two terms of <yes> and <no> or <forwards> and <backwards> don’t really exist, as we have just said. They only exist in ‘an artificial way’, so to speak; they only exist because of our interference and so we can’t use them to return ourselves to the Prior State, the state that existed before our interference. We can’t interfere with our own interference to make it not be there, in other words. Once symmetry has been broken then we can only see things in terms of the symmetry break (the post not the prior situation) and because this symmetry break was arbitrarily produced (i.e. because it’s only there because we have contrived for it to be there) we have by this act of arbitrary choosing thrown away a whole heap of information without realising it. We have narrowed ourselves down without knowing (or being able to know) that we have done so.

‘Choosing’ (or ‘picking a viewpoint to look at the world from’) always involves an information collapse precisely because it is an arbitrary (or freely undertaken) choice on our part – by choosing one viewpoint from which to see the world we turn our backs on all others, ‘choosing’ or ‘deciding’ means throwing away information. The symmetrical state is an undecided state, therefore – nothing has been selected, nothing has been chosen. Nothing has been ‘narrowed down’ and everything has been left ‘wide-open’. This point generally eludes us – to us, the defined or determinate situation is what is real and the undefined or indeterminate situation isn’t ‘an undefined or indeterminate situation’ isn’t actually any kind of situation at all as far as we’re concerned. For something to be real to us it has to be measurable, it has to be describable, it has to be detectable with our instruments. The radically uncertain (or the undecided) isn’t real to us – it isn’t anything, we have absolutely no way acknowledging (or relating) to it.

This is a complete inversion of the way things actually are, therefore; the truth of the matter is that only the intangible is real – the intangible, the undecided, the undefined and undetectable is the only real state because it is the only natural (or unproduced) state – anything else (any positive or determinate reality) has to be set up in advance by the choice that we have made without knowing that we have made it. The reality of the positive world it is conditional upon the choices that we have made to see things in a certain way in other words, which is another way of saying that it doesn’t have any independent existence. The Positive Reality is a projection, rather than being an independent ‘stand-alone’ phenomenon. So as the mystics always say, ‘we see the real as being unreal, and the unreal as being real…’

There’s something very peculiar about this business of ‘choosing a viewpoint’ or ‘selecting a determinate reality’, however. If there is ‘a choice’ then there must be ‘one who chooses’; if there’s ‘something that is being selected’ then there of necessity must be ‘a selector’. What’s peculiar about this is that ‘the one who chooses’ can only exist in relation to what has been chosen, that the so-called ‘selector’ is actually a function of the positive reality that has been selected. Causality is all messed up in other words – it’s no longer causality at all but a closed tautological loop. What we’re looking at here is good old-fashioned boot-strapping therefore. What we are talking about is an example of ‘co-dependent production’, as a Buddhist might say.

In very straightforward terms, unreality that seems like reality bootstraps itself into its own version of existence. This is what Buddhists call ‘relative truth’ – it is ‘true to with regard to the assumptions that we have had to make in order to call it into being’. This non-existent world (this world that is made up only of ‘relative truth’) seems to itself to be perfectly real; it’s ‘real to us’, in other words, which is something that no one can reasonably deny. The positive reality absolutely does seem real to us but this is only because we ourselves are a function of that reality, as we have just said. Its assumptions are our assumptions. We are projecting the positive world, it is true,  but we are at the same time a ‘back-projection’ of that projection – we are using the Positive Reality as a yardstick to confirm or verify our existence even though this yardstick (which we take so very seriously) is our own construct, our own creation.

The positive world is a reality that we have produced but don’t know that we have produced and because we don’t know that we’ve produced it we are forever trapped in it. The only way to escape from the claustrophobic world of our own projections is to recognise them as such – no ‘fixing’ or ‘escaping’ activities are needed! Any fixing or escaping activity will merely trap us further. When challenged, our automatic response is of course to immediately engage in strategies for fixing or escaping; when we are in pain our automatic response is to engage in fixing or escaping and just as long as we’re living in the Continuum of Thought we are always going to be in pain. This is an inevitable consequence of living in the COT – life in the COT isn’t life, after all! We have been provided with a substitute for life which isn’t actually able to work as a substitute. The only life is the life that exists outside of the Continuum of Thought (the life that has nothing to do with the Continuum of Thought) and this ‘outside’ simply doesn’t exist as far as we’re concerned.

It’s not struggling or purposeful behaviour or having loads of amazing inspiring goals that is going to help us with our mental pain – what frees us is not ‘doing’ but ‘not doing’; no effort (in the usual sense of the word) is needed – contrary to our long-held convictions, any effort that we make merely maintains the COT, merely maintains the Polarity. This effort – which we cannot help from making all the time since it is the condition of our existence as the self-concept – is the straining or striving that comes out of attachment. It is, in other words, the magnetic force of ‘greed versus fear’, which is constantly operating on us just as long as we identify with the self-construct. The self we think we are can’t actually do anything else apart from striving and straining as a result of greed or striving and straining as a result of fear. No other possibility exists for it – if it stops forcing then it immediately ceases to exist…