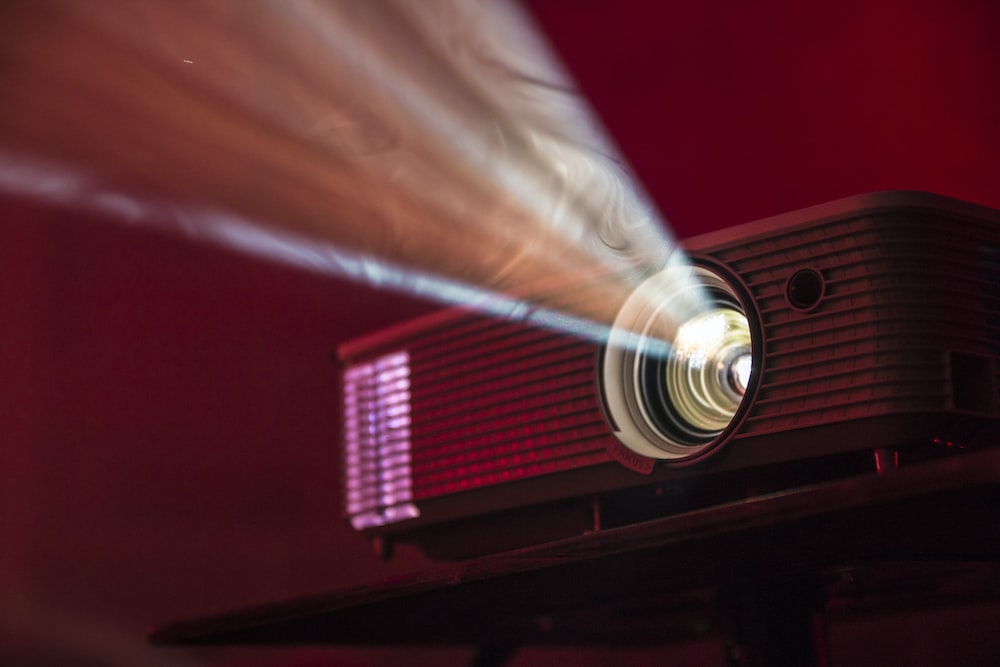 Thought is a machine for projecting problems and solutions onto the world. We then become fixated upon them: ‘if you’re not part of the solution then you must be part of the problem’, we say. Yet there are no ‘problems’ or ‘solutions’ in the world, despite our conviction to the contrary. Despite our belief that problems and solutions are the most important thing in life.

It is of course significant what thought does; thought is the ‘director of our attention’ – where it leads we follow, what it tells us we believe. We are intensely interested in problems (in an aversive way) just as we are intensely interested (only in the sense of being attracted rather than repelled) by solutions. Problems are bad, solutions are good, we say. Our great interest in the one is of course a direct measure of our great interest in the other, only in reverse.

Projected problems and projected solutions soak up every last little bit of our attention, just as old-fashioned blotting paper soaks up spilt ink, and this monopolization of our attention means that – in our normal mode of being – we are not aware of anything else apart from what we’re attached to. We are not aware of anything apart from our own projections and this is another way of saying that we have no awareness of the real world. We’re are unaware of reality and only know the games that we play with it. We know only the private world of the sealed-off ego.

Thought is playing us like a fiddle, therefore. It is very likely that we have heard this said before, but the chances are we have no appreciation of what it actually means. If we did then we would be profoundly shocked, and we’re not. We not profoundly shocked at all – we’re just ‘getting on with it’, as always, we’re just experiencing ‘normal everyday life’. We’re certainly not experiencing ourselves as being ‘totally controlled by thought’; if we did then this would constitute the biggest ‘revolution in consciousness’ that it is possible to have! This is the ‘turning around in the deepest seat of consciousness’ spoken of in the Lankavatara Sutra.

Because the machinery of thought projects ‘problems’ and ‘solutions’ onto the world (where none exist and none could exist) and because our attention is completely captivated by these projections, we can say that the machine of thought ‘creates our world’. This is such a commonly used phrase that it means, like any other cliche, practically nothing at all. It is banded about as much as it is because it provides us with a cosy sense of empowerment or control, which is very ironic since there is no empowerment going on here at all! Quite the reverse is true. After all, it’s not the real world that is being created but a false one. Thought creates a false world that fits us perfectly, it fits us as perfectly as it does – like a glove that is exactly the right size – because it’s a reflection of our thinking. But the rub is that ‘our thinking’ isn’t our thinking at all; it’s an ‘external controlling authority’ that we have passively identified with, and there’s nothing empowering about that!

The world that thought creates isn’t a world at all, even though it functions as one. It functions as one because it’s all we know. The Projected World functions as reality, but there’s nothing real about it. The Real World contains the freedom for ‘anything to happen that’s going to happen’ – that’s what makes it an actual world – whilst that world that thought creates has no freedom, has precisely zero freedom. Machines can’t make freedom, after all. No one can programme freedom into a situation; we can’t force a situation to be free any more than we can coerce a person into being autonomous.

We could say that thought operates us by ‘projecting problems and solutions onto the world’, or we could say that it operates by giving us tasks that we have to complete. That’s what tasks are after all, tasks are ‘a package deal comprising the problem and the solution’. So thought outlines tasks that we have to do, as well as telling how we might go about the job, and that would be OK if that were all there is to it. The thinking mind would to be performing its proper job in this case, like a toaster that is only switched on when it’s time to make toast, like a lawn mower that only comes to life when there’s grass to cut. Otherwise, it’s like a sweeping brush that won’t stop sweeping!

This isn’t how it is with us however – the aberrant appliance which is ‘the over-valued rational mind’ is whirring and clicking away to itself from the moment we wake up in the morning till the moment we fall back to sleep again. It’s a toaster that won’t stop toasting. Perhaps – we might argue – there was a time when this wasn’t so; back in the days when our environment required all of our attention (because attention determines whether we live or die) Quite possibly, in an earlier – less technological age – we weren’t thinking thoughts every single second of the day – if we had then it is unlikely that there would be human beings left alive today. Once upon a time, perhaps being actually aware hadn’t been such a rare thing, we might surmise…

What we can say however is that when it comes to this present age, thought has run amok, and as a consequent it writes the script for our lives. We live entirely within the parameters that it has set for us, and that is our neurosis. Or if we alternatively say that instead of identifying and applying itself to legitimate practical problems that need to be solved, thought has created an entire seamless world made out of tasks laid end to end, tasks absolutely have to be completed. We don’t possess the freedom to do otherwise – that freedom is veiled from us, as James Carse says.

This isn’t how we generally see things, it’s true, but if we paid attention to how we actually get through the day (the mechanics of it) we would realize that it isn’t such a strange idea after all. What else is ‘planning’ apart from imposing the mind’s own structure on the day? Inasmuch as we are operating in ‘Purposeful Mode’ – Purposeful Mode being where thought is firmly in command – we are breaking the day down into bite-sized chunks, into a series of exercises or tasks that have a generic rather than a unique (and therefore challenging) nature. We don’t go around being aware that this is the case because it’s all fully automatic, but if anything were to happen to disrupt our ability to perform these exercises, and proceed through the day in stages that have been thought out in advance, we would immediately be very aware of this. This would be acutely disconcerting for us. This is when the ‘game fails’, this is where our comfort zones let us down, this is where we are unceremoniously served our ‘eviction notice’ and have to leave the nest in a hurry.

When there is no thought then there is – as Krishnamurti says – a profound depth and beauty to life, and this is a depth and beauty that most of us rarely come across. Where we to do so then this would introducing a major ‘incompatibility’ into the picture inasmuch as the story we are being told by about ourselves – the ‘Personal Narrative’ – is revealed as being frighteningly hollow (‘frightening’, that is, just as long as we are dependent upon it for our being). As Sogyal Rinpoche says, whenever we come across a ‘gap’ or ‘bardo’ in the solid structure which is conditioned life, our only thought is to skip over it as quickly as we can and pretend that it never happened!

The biggest shock there is, the biggest shock there ever could be, is the shock that comes when there’s a ‘break in the reality broadcast’, which is when the machine stops projecting problems and solutions. As we’ve said, we’re dependent upon that broadcast, dependent upon the artificial world that is made-up entirely of linear axes such as ‘success versus failure’, ‘up versus down’, ‘getting better versus getting worse’, for our very existence. The ‘conditioned self’ is of course dependent for its existence upon the ‘conditioned world’ – it can’t live outside it. We ourselves are the output of the machine, in other words; it provides us with everything – it provides us with the literal story of ‘who we are’ and the story of ‘what is happening to us’ (or ‘what we are doing’) and so if this story were to suddenly be ‘turned off’ that would throw us more than we could ever realize it is possible to be thrown. We don’t at all appreciate the price that needs to be paid for adapting to a comfort zone that doesn’t exist! This is like the Buddhist story of the frog who has lived its whole life in a well, who is one day brought face to face with the Ocean Itself.

The ‘problems’ the machine projects aren’t any more real than the ‘solutions’ are, but this doesn’t matter as far as the game is concerned. It doesn’t matter as far as the game is concerned because we are kept busy 100% of the time, and that’s all that matters. When we’re busy in this way then not only do we believe in the absolute reality of the problems were fleeing (or the solutions were seeking) we also believe in the absolute reality of the game player, the one who chases success and avoids failure. Constantly struggling and striving, constantly playing the game (constantly treading the Wheel of Samsara) is weary work and every now and again we say that would like to give it all up. We say that we’d like to find peace. We might also say that the reason we’re struggling to find the solutions to life’s problems is so we can be happy (because once the problems have finally been laid to rest then nothing can stand in the way of our happiness). Even if we don’t articulate this logic to ourselves, that’s what we assume. This is the core motivation to carry on with our goal-orientated activity – the belief that it is this that will ultimately lead us to happiness, will ultimately lead us to peace.

We don’t really want peace or happiness however – or at least the conditioned version of us doesn’t. Why would it? Peace and happiness can only come from Wholeness, not from the output of thought, not from the Digital World which is always in conflict with itself. It’s only through this conflict (the conflict of positive versus negative even though positive and negative are ultimately the same thing) that the defined identity or self gets to come into existence, however conflicted and inherently frustrating this ‘existence’ might be. We can only exist through irresolvable conflict, the ‘irresolvable conflict of the finite game’, and so anything we say on the subject of ‘peace’ or ‘happiness’ has to be taken with a very large pinch of salt…