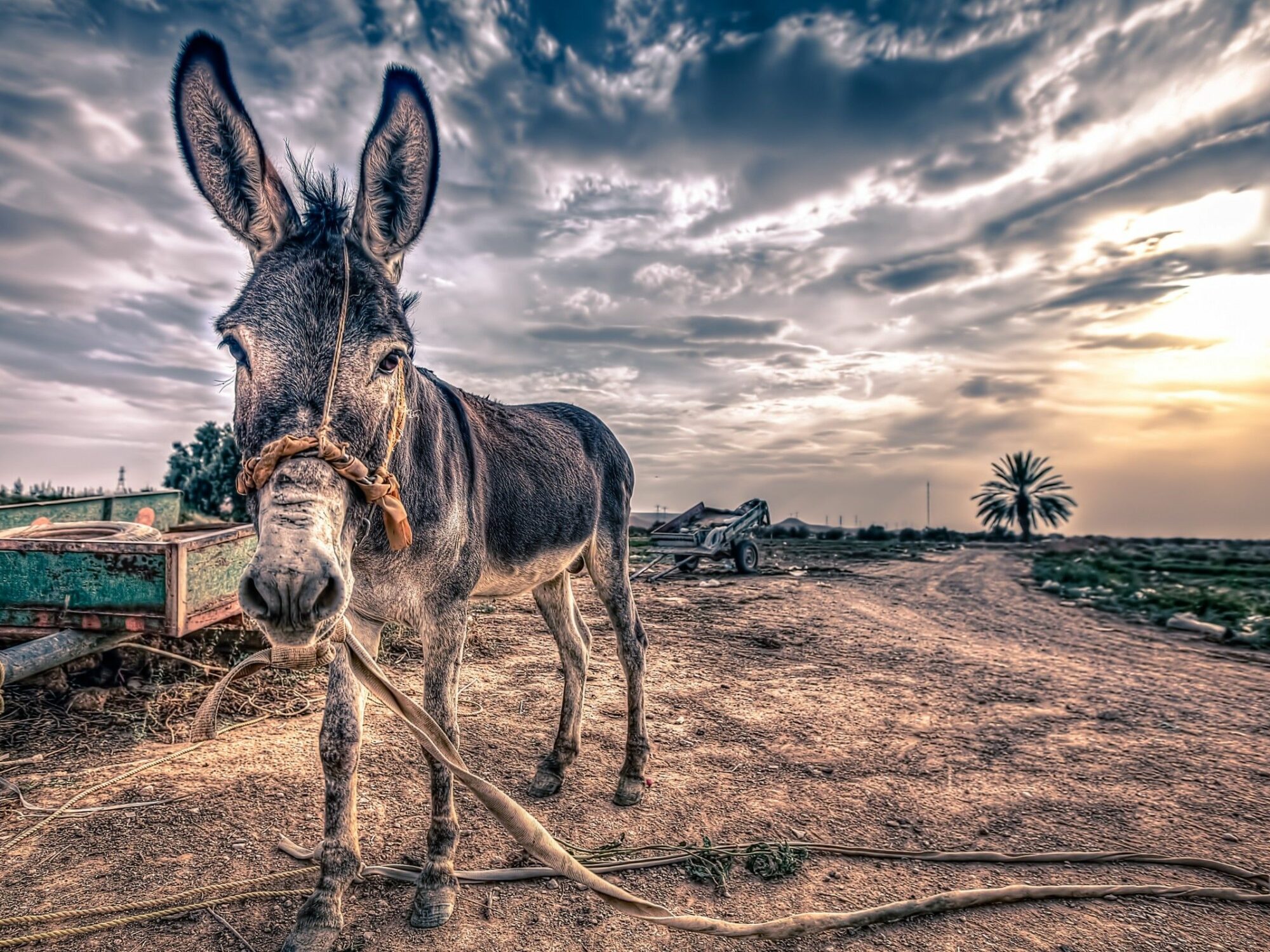 The original, symmetrical (or ‘non-reversed’) world is the world in which there is no baseline. Without a baseline there are no directions – without a baseline there’s nothing to get closer to and nothing to get further away from. No baseline means that there is no up and no down, no ‘getting better’ and no ‘getting worse’. Take away directionality and we take away everything we know, which is something which is distinctly unpalatable to us. The very last thing we want to do is lose everything we know.

The advantage of having built-in directionality in a world is only very superficial however we are very far from every realizing this, but directions are actually an illusion. Directionality isn’t a real thing – it’s a trick of the light, a gimmick. A more technical way to put this would be to say that directionality is an exercise in redundancy – a direction is a projection of the known, it is the extension of a situation that we are already familiar with. If I am moving away from Point A then no matter how far I move in this direction, I know that I am still moving away from Point A. This is ‘logical consistency’; this is the ‘thread of continuity’ that gives us the possibility of orientating ourselves, which is a possibility that we absolutely do not want to do without.

The framework provides us with our basic orientation in space – it’s what we relate everything to in order to be able to make sense of our situation is and this – understandably – seems to be both very important and entirely legitimate to us. Everyone will say that it is legitimate – it’s ‘by the book’, it’s ‘standard operating procedure’. The problem is however that anything that is based on redundancy is itself going to be redundant. No matter how rigorous and ‘by the book’ we are, if our reference point is unreal than anything we arrive at on the basis all that is also guaranteed to be unreal. From nonsense nothing can come except for more nonsense! The framework which is the basis of all thought is made up of linear axes and each axis is constructed via the indefinite extension of a geometrical point. An axis is nothing more other than that same point being repeated, therefore. Nothing you is ever being said; If there was something you then there be no more access, there would be no more logical continuity. If we are to bring about a continuity there can never be anything other than that repetition, that copying, that indefinite extension. If we were to let reality happen, then that would be the end of all that. That would be the end of all that because reality is not a logical continuity. Reality is not a copy of anything else…

This turns out therefore to be just another way of talking about the reification process – we select a point (which is a freely undertaken act since we didn’t have to pick the point, and neither did we have to pick the particular point that we did pick) and then having done this we build on it, we put up a whole lot of mental scaffolding, we extend it and extend it indefinitely and then – once we have done this – we find that everything is perfectly deterministic. The freedom we originally had to choose the point has now been obscured. So, to start off with, there are no rules anywhere, and then – once we have chosen a fixed point in space and extended it outwards – we end up in a world that is made up of nothing else but rules. This is ‘the trick of reification’, this is the trick by which we neatly dispose of our own intrinsic freedom (as if it were something disagreeable to us) and then make the classic manoeuvre in which we throw our hands up in the air and claim loudly that we had nothing to do with the situation. ‘It’s the rules’, we say, ‘it’s the rules and there’s nothing I can do about it’.

Where there is symmetry there is freedom (because nothing has been indicated, because nothing has been specified) and symmetry isn’t dependent on any causes. It’s not a construct, in other words, and so we can say that freedom is an intrinsic ‘quality’ (or ‘feature’) of reality. If we want to get rid of this quality – which is the quality of openness – then we have to use some kind of artifice, some sort of dodge or trick. The trick – as we’ve just said – is to obscure original symmetry, and once OS has been obscured then we’re left with an asymmetrical situation and the resulting lack of symmetry (the ‘rules’, in other words) determines us absolutely. In our thinking, in our perception of reality, we faithfully follow the ‘grooves’ that have been put in place and so – as far as we are concerned – this is just ‘the way things are’. We never give the matter a second thought; we never give the matter a second thought because we are incapable of imagining any other way for things to be. We have lost all intrinsic freedom and in the absence of this freedom, in the absence of ‘original symmetry’, we have no way of knowing that there could be anything different. On the one hand we have intrinsic order (or ‘intrinsic freedom’) – which is a situation that doesn’t need to be produced, a situation which isn’t simply ‘the effect’ that is associated with some cause or other – whilst on the other hand we have extrinsic order (or ‘extrinsic freedom’), which is something that does have to be caused or produced. Extrinsic order is an arbitrarily imposed state of affairs – if we don’t impose it then it doesn’t get to be there.

The attractive thing about extrinsic order is of course that it doesn’t present us with any existential challenge. No real work is required of us, we just have to go along with the system that has been set up for us, we just have to stay within the grooves. As we’ve just said, we aren’t even aware that we’re travelling along well-worn grooves since in this conditioned mode of existence we don’t have the capacity to see that things could have been otherwise. When we say that ‘extrinsic order conditions our existence’ what we’re saying is that it provides us with everything – the set of rules that has been imposed on us constitutes our basis for perceiving reality and so we simply can’t relate to anything outsideof this ‘produced view,’ outside of this ‘contrived picture of things’. To say that extrinsic order controls us doesn’t do justice to this situation therefore – there isn’t actually anything to us other than what has been supplied by the rules and so there is no real ‘us’ to be controlled. The conditioned self is its conditioning. Everything is just ‘the system’ and so to say that the system controls us misses the point. When we live in a world that has been constructed in relation to a logical framework then anything we encounter is going to be nothing other than that same framework, and this includes who we perceive ourselves to be. We’re living within the very tight remit of a tautology, in other words.

When we consider what the framework is – which is to say, how it is ‘put together’ – then we can see that this is a very peculiar thing. We get to live in a world where there is no existential challenge, a world in which everything is defined for us, and so it might be said that we have ‘got what we wanted’ in this respect. We ask the Genie to make our wish come true and he does just that. As is always the case in this type of scenario however, we didn’t think out our wish properly so that what we end up with isn’t anywhere near as great as we thought it would be! We can only obtain the sense of ontological security we want so much by placing the framework of thought ‘above us’, so that we can’t question it, so that we can even begin to imagine that the possibility of questioning it exists, and so we have to live our lives strictly within the remit of what this FW says is true, what thought says is real. What the FW says is ‘true’ however is only that same FW validating itself. ‘True’ is a code-word meaning ‘it matches the framework’, in other words. What thought says is real is simply ‘thought’, since thought can only recognize its own categories, its own divisions which it has projected out onto the world, and so what we have here is Alan Watts’ situation of ‘the thinker who can only ever think about his own thoughts’. In order to actually live we would have to untether ourselves from the tethering post which is ‘the framework of thought’, but we have huge resistance to doing this; we have huge resistance to becoming ‘untethered’ in this way because that would mean the end of everything we know…

2 thoughts on “The Original World”