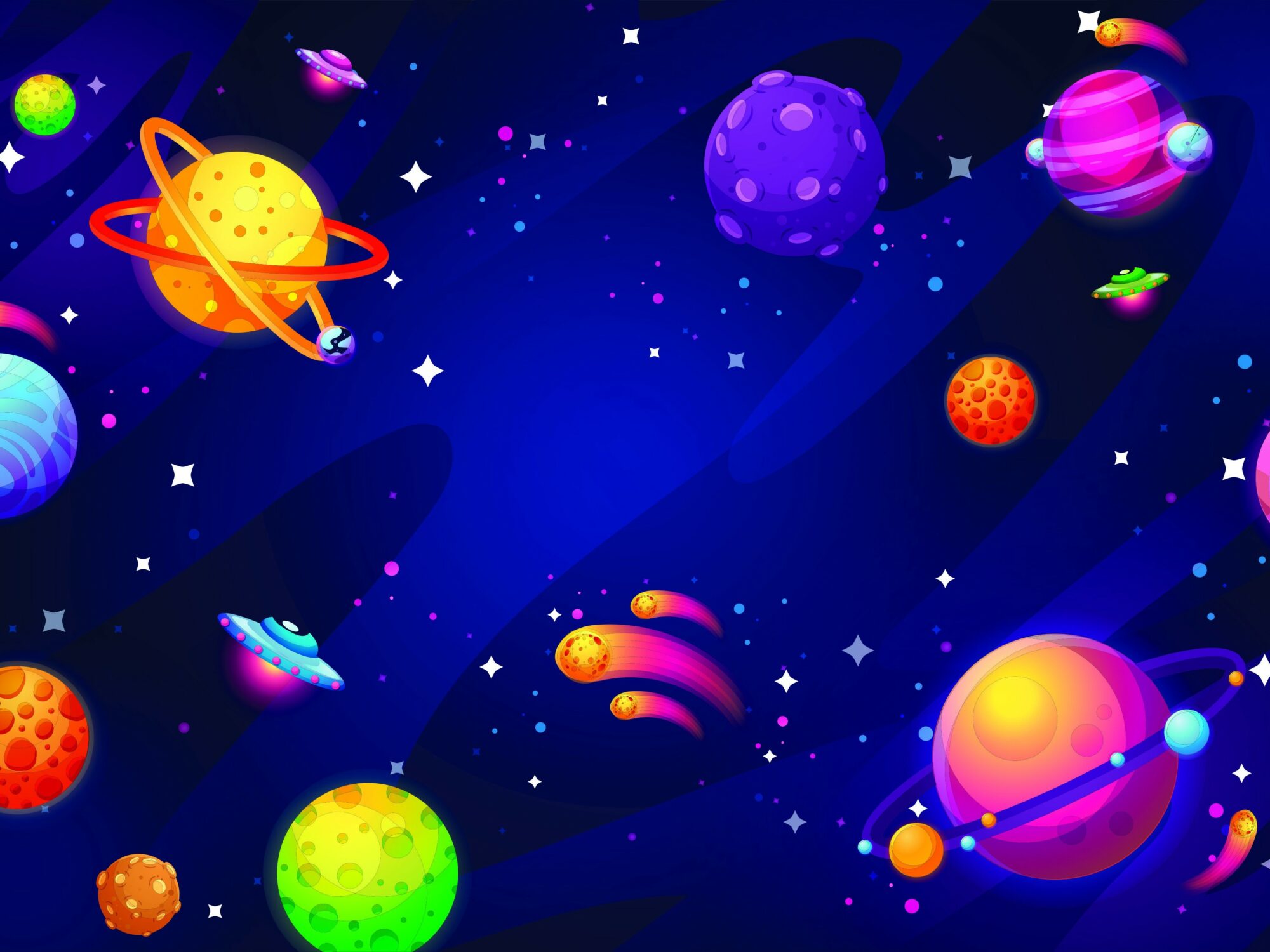 Space neither rejects anything nor accepts it. Space does not reject or censor anything that is contained within it, it does not regulate or control what happens within it. To regulate something is to be a slave to the need to regulate, and space is not a slave!

Space does not have an agenda – it has no game plan and so it has no need to control, no need to regulate. It doesn’t need to force anything. It might sound strange to be saying this, perhaps, but there is a point to this line of discussion. It turns out that if we can understand the fundamental distinction between ‘space’ and ‘form’ then this will open up our understanding of everything.

There are – we might say – only these two basic ingredients: ‘space’, and ‘those things that can exist within it’. On the one hand we have ‘space’ and the other we have ‘structure’ and there exists a fundamental difference between the two; there exists a fundamental difference between them in that whilst space can contain structures, no structure can contain space. This is equivalent to James Carse’s statement where he says that the Infinite Game can contain any amount of finite games, but that this doesn’t work the other way around. Another way of putting this is to say that whilst all structures can be defined or described, space – by virtue of it being space – cannot be. To define space would be to turn it into a structure, and this is absurd. Space is the utter absence of all definitions, of all descriptions, and this is precisely what makes it space. Space is space because there’s nothing there that we can point a finger at. Space eludes us completely – it can’t be conceptualized.

This is why we tend to think of space as not being ‘an actual phenomenon in its own right’ – our prejudice is to say that if we can’t define it then it can’t be real. We are very concrete that way – if we can’t detect something by touching it, seeing it, tasting it, smelling it (or sensing it in some other way, perhaps by using highly advanced technology) then we conclude that there is nothing there. In one way of course this is true – space isn’t ‘a thing’ and so it can’t be anywhere. It isn’t ‘here’ and it isn’t ‘there’ – it has no location and no specific properties or characteristics and so by this criterion we can definitely say that it isn’t a real thing.

This is perfectly true in the sense that space is not a ‘thing’ – space is a negative phenomenon rather than being an emphasised (or ‘positive’) one. It’s a ‘primordial absence’ – the absence of any definitions or statements. Objects (or things) have to be stated in order for them to exist – they exist only ‘in relief’, they can only come into being as a result of being ‘in opposition to something else’. Without the opposition there is no object, no ‘thing’, no event that can be spoken of, and yet – at the same time – no real opposition exists in reality, it has to be artificially arranged, artificially put in place. Reality is ‘one’, after all – there is no divide, no opposition here and so we have to invent it.

The problem we have here is that we disregard space entirely therefore, we don’t see it as having any actual reality and this utter lack of acknowledgement on our part puts us in a peculiar position. Our position – if we were to be aware enough to own up to it, which we aren’t – is that we take structure not just as being real, but also as being our ‘standard’ to determine what is real and what is not real. Since we cannot validate space as being real from a structural basis, by using some sort of concrete measure or template, we automatically write it off as unreal. This is a very peculiar thing for us to do however since without space there couldn’t be any structure. Space can contain structure, but structure cannot contain space, as we have already said.

This constitutes a profound form of blindness therefore – we are blind to the ‘primary reality’, so to speak, and cognisant only of the ‘secondary’ (or ‘produced’) reality. Space is the original reality, not a ‘produced’ one; it’s not a produced one because nothing else can contain it or give rise to it. The World of Structure – on the other hand – is secondary to it (or subsidiary to it) because without space it cannot exist. That would be like imagining that we could have waves on the ocean without the ocean, or ripples on a pond without the pond. It would also be like naively imagining that we could have music without there being any silence to have the music in. ‘In music, silence is more important than sound’, says Miles Davis, but we – not realizing this – see silence as being a mere lack of sound. ‘Musicians paint their pictures on silence,’ Leopold Stokowski tells us, which is another way of saying that silence – like space – is the ‘primary reality’ and has to come before anything else, as well as always being ‘infinitely bigger’ than any sounds that might occur within it. Our cognition is only pointing in one direction, in other words – it’s pointing in the direction of the Conditioned World, the World of Constructs, the World of Things, and as a result we are completely oblivious to the primary reality from which all forms are derived, and without which the structured reality which we make so much of could never exist.

We could draw an analogy here with Plato’s ‘Allegory of the Cave’ – our one-sidedness means that we are glued to the show that is being played out by the shadows on the cave wall and are therefore incapable of relating to anything else. The shadows are ‘what’s real’ as far as we’re concerned, and nothing else exists. Someone who wasn’t transfixed by the Shadow Realm would immediately turn around to see what is casting the shadows (shadows always being a secondary phenomenon) but that’s something we never ever do. The concept of ‘turning around’ is unknown to us, inconceivable to us. All we know is the produced reality, the engineered reality, the designed reality, and we never get curious about what is giving rise to it. It is our lack of curiosity (our willingness to accept the proffered reality at face value) that traps us in the Shadow Realm, therefore. ‘You can’t get stuck in space,’ says Chogyam Trungpa and – by the same token – when there isn’t any space we are always going to be stuck…

The point Plato is making here – we might say – is that the reason we’re not free is that because we are so fixated on the shadows. If we turned around to look at what is producing the shadow play then we would no longer be trapped in it; were we to see that the Shadow Realm is a conditioned reality, a produced reality, then we would see it to be arbitrary in nature, and seeing this we would no longer be prisoners of that virtual realm. We wouldn’t have the security of the fixed or final reality – which is what the Shadow Realm offers us – but instead we would have freedom. We would no longer be living within a ‘compulsive or coercive reality’, a reality which is made up entirely of rules (which is to say a reality in which everything is defined for us) and that’s the result we would no longer be prepared determined by these rules, told who we are by these rules. This is freedom – not being defined is freedom – but it’s also the very last thing we ever want to know about!

Our blindness serves us only too well, therefore – if it were not for this blind spot we would have to confront the bigger picture of what reality actually is in itself, rather than being able to safely adapt ourselves to the smaller picture, which is ‘what we say reality is’ (or ‘what the thinking mind says it is’). But what reality is in itself is ‘infinite possibilities,’ whilst what the rational mind says that it’s just the same few possibilities recycled and reused over and over again. On one level we’re happy with this restricted situation because we know it’s not going to challenge us too much, ontologically speaking, but the problem with this hasty solution is that we have now  committed ourselves to a life of unremitting slavery – we’re ‘slaves to the need to keep on maintaining the artificial structure’, so to speak. We’re slaves to the arbitrary rules that we have placed over us, slaves to the need to keep on playing the finite game, the game that never goes anywhere.