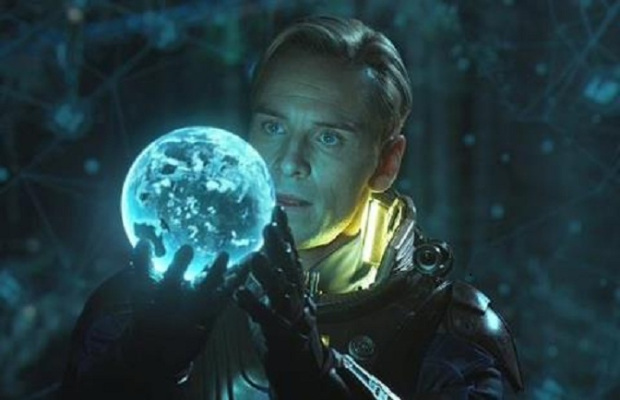 We’d much rather think about the question than taste it. We’d rather formulate dry theories. We’d rather stay sitting in our comfortable armchair. We’d rather think about what consciousness is and this isn’t going to get us anywhere! The problem is that when thought ‘kicks off’ then this can’t tell us anything about consciousness and yet we can’t stop thought ‘kicking off’ once we are investigating something. It’s an automatic reflex, but not a helpful one!

Thought works everything out by self-reference – that’s the kind of thing it is. Thought’s fundamental operation is to compare all incoming information to its set of ‘expectations’, it set of ‘rules’ or ‘criteria’ and so – very obviously – it can never move beyond these rules, these expectations. It can never take a ‘leap of faith’, so to speak. It can’t ‘plunge into the unknown’ without automatically trying to ‘solve’ that unknown!

The unknown doesn’t need to be solved, however. The unknown doesn’t ask or require to be known! The undescribed reality does not ask or require to be described – that’s just a kind of absurd reaction that we have in the face of it. It’s a knee-jerk reflex. Or rather it’s a kind of absurd reaction that thought has – if a reality comes along that is not represented in the terms that thought has already decided upon as being ‘the right way to represent things’ then thought automatically takes it upon itself to represent that reality in the correct terms, to make it ‘fit for polite society’, so to speak.

The thinking mind fixes because it’s a ‘fixing machine’. It labels because it’s a ‘labelling machine’. It represents the world within its own assumed framework because it is a mechanism for doing just this. It projects own patented brand of order on the world because it is a mechanism for projecting this particular brand of order. It is a ‘ruler’ that sees everything in terms of itself because it has no other terms available to it other than itself. This is why we say that thought operates on the basis of self-reference – it operates on the basis of self-reference because it has no access to anything other than to anything other than itself.

But not only this, thought cannot acknowledge (has no way of acknowledging) that there is, or could be, any such thing as ‘a reality that cannot be seen in its own patented terms’, or a ‘reality which cannot be known or measured’. The unspoken assumption here is therefore that ‘nothing is real unless it can be described’, or that ‘nothing is real unless it can be logically known’. ‘Known’ is such a loaded term – we make it sound so absolute, so heavy-duty. We can crush anything with ‘the known’. ‘The truth is known’. We say that ‘it’s a known fact’. What is meant by this, though? It simply means that we’ve imposed our own brand of order on the world. It simply means that we have represented the unknown reality to ourselves in the same generic terms that we use to represent everything. We have enveloped and subsumed the unknown reality in our own tautological, self-referential bubble in other words, and we think that this ‘validates it’ as being ‘real’!

Reality isn’t ‘validated’ by us representing it in within our own patented framework though – that’s getting it the wrong way around! This is us being preposterous! We are using our own patented interpretation of reality in order to validate our measuring scale and that’s why we are so out of sorts when we come across ‘unformatted reality’, when we come across some kind of reality that doesn’t obey the rules that we have unconsciously set for it. We don’t like the ‘radical unknown’ because it totally de-validates us – what good is a measuring scale when there is nothing in the real world that correlates to its inbuilt assumptions? What good is an orange seller in a parallel universe where oranges never existed?

This game is absolutely important’ as far as we’re concerned, but not in tall not at all important outside of us is very important because we say it is, in other words, because we made it important. To look for absolute meaning within the terms of the game we are playing is therefore utterly absurd. Game is only the game. The thinking games and is a thinking game; it’s important in its own terms but not otherwise. Certainly not as far as reality as it is in itself’ is concerned in terms of reality as it is in itself a positive it’s not important at all, actually it’s infinitely irrelevant.

We don’t like the ‘infinitely irrelevant’, we actually hate it. It supremely invalidating, supremely undermining. We have no time for the irrelevant – it has no place within our philosophy. The infinitely irrelevant leaves us with nowhere to go – it leaves us with nowhere to go on our own terms, at any rate, which are the only terms we care about. It takes the ground from under our feet, but that ground wasn’t actually real anyway, it was just a self-referential construct that we insist on clinging to because our fear of taking ‘the leap of faith’.

The ‘problem’ is that – generally speaking – we just don’t have any interest in reality as it is. We don’t have any interest in the radically irrelevant. The problem is that we don’t really want to be conscious, which is the only way to find out about it. Consciousness is not something that we think about or ‘know’ about; it is an essential reality that we partake in by not thinking, by not describing, by not analysing, by not knowing. To be conscious is to see that our point of view is infinitely irrelevant and this is the one thing that we never want to see. Instead of seeing this extraordinarily challenging ‘irrelevance’, we want to make consciousness relevant to our assumed POV, which is absurd.

One thought on “Thinking Is Not Consciousness”