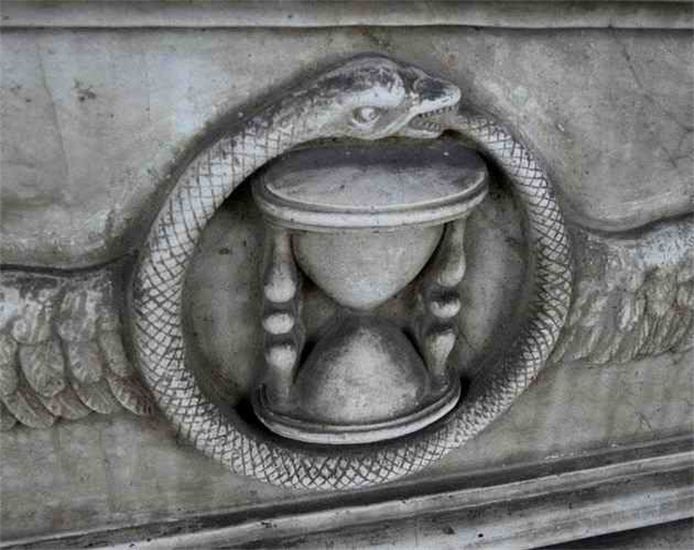 So when I am always chasing after my projections (when I am always reacting to my own mental objects in terms of either like or dislike) then I am ‘lost in a self-perpetuating illusion’. Nothing is happening – it just seems to me that something is. I am lost in the dualistic illusion in which it seems to me that there is both ‘me’ on the one hand and ‘the objects to which I am reacting’ on the other, when in reality these two things (the self and the world with which it is engaging) are mutually conditioning phenomena. There is a kind of feedback loop there, a loop by which two things that don’t have any existence of their own keep on generating the illusion that there are two independent (or self-existent) realities there. Within the subjective context of this closed loop there is ‘me’ and ‘my world’; outside of this (non-existent) loop there are no such two things.

We can also say that within the terms of this collusion, within the terms of this mutually-conditioning duality of self and other, there appears to be the possibility of either gaining ground or losing it (the former being an attractive possibility and the latter an unattractive one). In this closed loop of ‘subjective reality’ there is always going to be this movement either in the direction of gaining or the direction of losing. There are always going to be these two opposed directions. The ‘dualistic illusion’ is actually made up of the (erroneous) impression that there are these two directions in which we can move. The dualistic illusion is made up of [+] and [-], in other words.

When we have been subsumed within the dualistic self-reinforcing illusion of ‘me’ and ‘my world’ then the one thing we simply cannot understand (not on pain of death) is that there are not two different directions here at all. The thing that we simply cannot understand is that movement in the direction of gaining territory (as Chogyam Trungpa puts it) is exactly the same as movement in the direction of losing territory. Gaining equals losing, therefore. We can’t understand that PLUS equals MINUS, that YES equals NO…

This ought to be very clear indeed – when we move in the pleasant or agreeable direction of ‘gaining ground’ then we are moving in the direction of self-nullification and when we move in the unpleasant or disagreeable direction of ‘losing ground’ we are also moving in the direction of self-nullification. From this point of view there is no difference whatsoever between gaining territory and losing it, even though – to our everyday way of understanding things – there simply couldn’t be a bigger difference! All we ever do is to try to gain ground and avoid losing it – this is our basic motivation and the reason it is our basic motivation is because of our viewpoint. All we are ever concerned with – in the general run of things – are matters concerned with the perennial question of “Am I gaining ground or losing it?”

This concern with ‘territory’ is a red-herring however – as we have just said, whether we gain it of lose it makes no difference inasmuch as we are barking up the wrong tree either way! We’re barking up the wrong tree both ways because both ways involves feeding ‘the dualistic illusion’ and the fatter and more well-fed the dualistic illusion the worse off we are, ‘in real terms’.  We’re worse off because we’re engaged in a struggle that we can’t win and the more we get involved in this struggle we become the more serious it seems, the more important it seems. The more we struggle the more we have to struggle in other words, and so the pointless fight to win the game that we are playing swallows us up completely with the inevitable result that the game is all there is (or as we could also say, with the inevitable result that the struggle is all there is).

The struggle is futile (or pointless) simply because the reactive self and its projections are mutually-conditioning phenomena, as we have already said. The root of our projections, both positive and negative (or attractive and repulsive), is the self and so when we react to try to either move towards the attractive projection or away from the repulsive one we reinforce (or reify) the self that is reacting. Since it is the self that is ‘hitting us’ with this constant need to either gain territory or avoid losing it when we reinforce the self we are of course reinforcing the source of the illusions that are robbing us of our peace of mind! We think we’re helping ourselves by playing the game of ‘trying to gain territory rather than lose it’ therefore but we’re not because there is no real winning in this game – there can be ‘temporary winning’ for sure but any gains we make will inevitably be lost later on. We ‘play in order to bring the game to an end’, as James Carse says, but what we don’t see is that by playing the game all we ever do is feed into it, and make the wheel spin ever faster.

The end point of this – as we keep saying – is where we get swallowed up the struggle (or where we get ‘swallowed up by the need to keep on playing the game’). All of our money is now on running away from our aversive projections and running towards the attractive ones and so we are feeding the self which is giving rise to these projections to a maximal extent. The closed loop that is formed by ‘the reactive self plus its projections’ has become all but impossible to escape from at this point – it has become all but impossible to escape from because it has become the whole world to us. The spinning wheel has become the whole world for us and so all our energy goes into making it spin faster and faster, as if that is going to help us! When it comes down to it we’re running to try to escape the pain that is caused by having to live in such a compulsive little world (and all games are compulsive little worlds) but it is our very running that is tightening the noose around our necks the whole time…

Earlier on in this discussion we looked at the idea that the self (by its very nature) is exclusively concerned with its own territory, and the question of how it might get as much territory as possible. When we talk of the self’s ‘territory’ however what we’re actually talking about is its projected territory. The so-called ‘territory’ is the projection of the self, which means that the territory is the self, which means that what the self is actually trying to do with all its activity is ‘secure itself’ or ‘consolidate itself’ – which shouldn’t really come as too much of a surprise! What else would we expect the self to be doing, after all? We all know that the self’s priority is itself. There is a glitch in the system here however – a glitch in the system which isn’t really too hard to see – if the territory that the self is trying to secure is its own projection then ‘gaining ground’ as it wants to isn’t really as straightforward as it might at first seem. We’re locked into playing this game where ‘winning’ means gaining ground and ‘losing’ means losing ground and because winning and losing are self-reinforcing opposites the more we win ground the more we lose it (since winning equals losing) and so ‘playing the game’ means that we are very effectively nullifying ourselves. ‘Playing the game’ means that we’re ‘having a love affair with the nullity’ therefore!