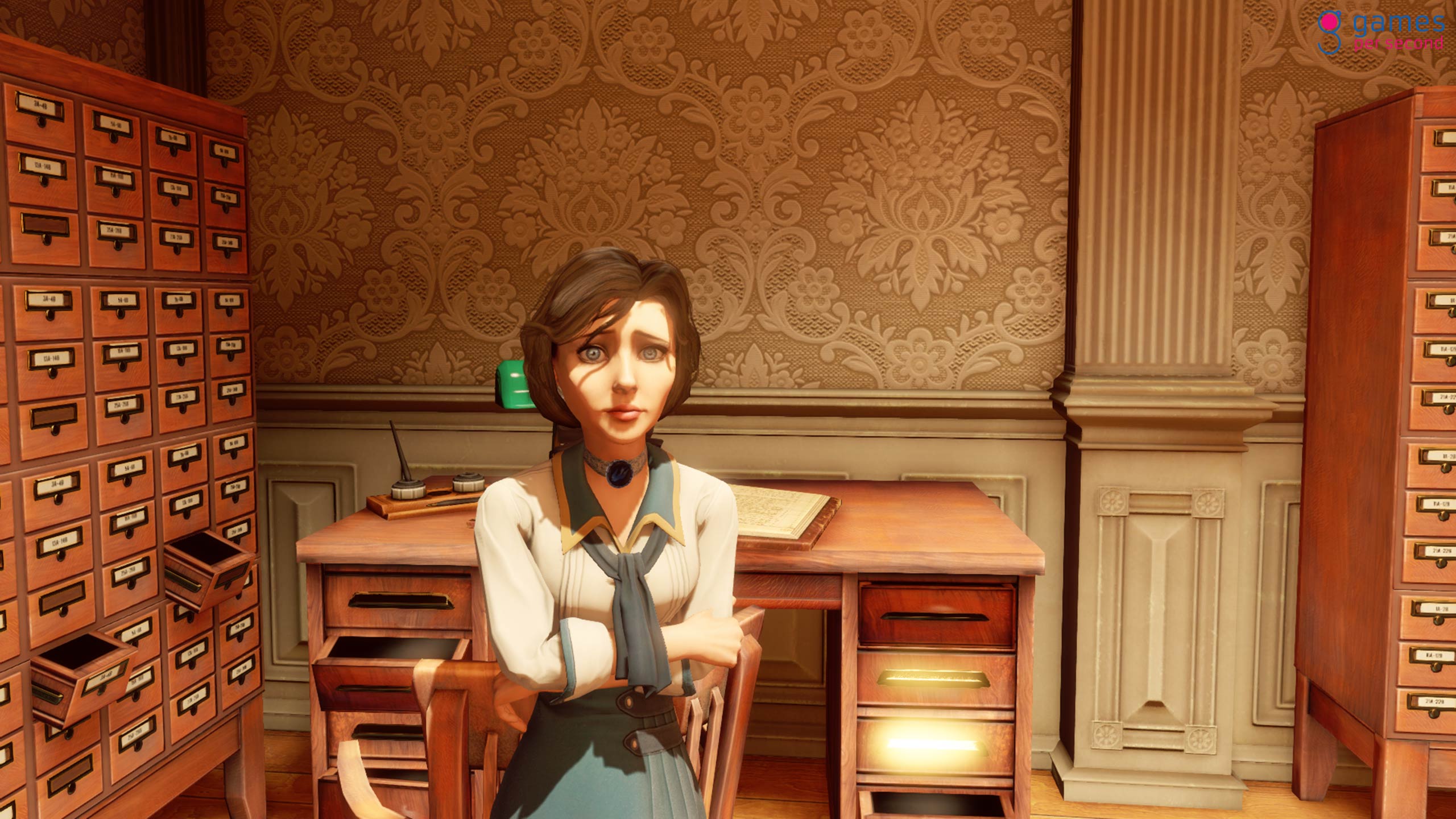 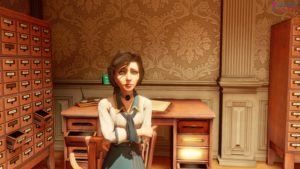 Games always turn everything around on us. That’s how they work. This is that what James Carse is getting at in his book Finite and Infinite Games when he says that we need to veil our own freedom from ourselves in order to play a game. So to say that we have ‘given away our freedom in order to play the game’ is one way of talking about the principle by which all games work.

We can also look at this principle from the point of view of being rather than freedom and equivalently say that in order to play game we have to give away our being (or veil our being from ourselves so that we don’t know that we have it). This is how games turn everything around on us therefore – instead of ‘doing things because we want to’, as a spontaneous expression of our true nature, we do them because we have to, we do them because we are compelled to. We do what we do in order to ‘obtain being’ which is always going to be a compulsive kind of thing. If I have no being then I’m going to have to do my very best to obtain it – there’s no freedom in this because ‘having no being’ is a completely unacceptable possibility. It’s an unacceptable possibility because having no being (i.e. one’s own absence) is pain of the very worst sort!I have lost what I most need, which is my own existence, so I can very easily be blackmailed, I can very easily be controlled by a system that promises to recover that being for me…

Having said this, we also ought to point out that we never really do ‘lose our being’ – being is all there is and so it is impossible to ‘lose’ it. “The unreal has no being, the real never ceases to be.” says the Bhagavad Gita. Non-being is nevertheless the ‘pragmatic truth’ that is created for us by the game and when we operate on the basis of this game-created pragmatic truth then our activity is (ultimately) always going to be about regaining our lost being. What else is going to matter to us, after all? If I am starving to death, then my concern is always going to with obtaining food. But what this means is that my motivation is necessarily going be compulsive rather than free action that is directed towards ‘gaining freedom’ is always unfree, obviously enough! The only way action can ever be ‘free’ (or ‘genuinely spontaneous’) is if it comes from freedom in the first place. Freedom cannot be miraculously produced out of ‘lack of freedom’ no matter how feverishly we turn the handle on the machine. On the other hand, this is not to say that they can’t be the illusion of the possibility of obtaining freedom as a result of obeying the rules of the game and it is this entirely illusory perception that ‘we can gain freedom when we start out with none’ that drives all activity taking place within a game.

Just to summarise therefore, a game is a situation in which there is ‘zero freedom’ – a game can’t work if we realize that we always have the freedom to either play or not play it. We play the game by veiling our freedom from ourselves not to play it, as James Carse says, and thus out of this ‘lack of freedom’ what we are calling ‘compulsive motivation’ comes into existence. Compulsive (or ‘extrinsic’) motivation may be defined as ‘the unfree motivation to obtain freedom that we mistakenly perceive to be volitional in nature rather than unfree’! Not only do we not see that our motivation is ‘unfree’ therefore, we also don’t see that it is never going get us anywhere (since, as we have just said, freedom cannot never be produced out of the absence of freedom). We don’t see that our ‘striving for freedom’ is compulsive, and that it will never yield fruit on this account, and we also don’t see that it is our freedom (or our being) that we’re striving for. We don’t see that it’s our freedom (or our being) that we’re striving for because we think that we already are free, because we think that we already have ‘being’…

The terms of the game that we’re playing are not transparent therefore. We don’t know that we are playing for freedom, or playing for being – we think that we’re playing for ‘something else’, some other kind of thing entirely. The game doesn’t represent itself to us in an honest way –  games are essentially displacement mechanisms and the whole point of a displacement mechanisms is that it doesn’t allow us to see that our attention is being ‘displaced’! If I use a distraction technique then I don’t dwell on the fact that this is what I am doing or else no effective distraction is actually going to take place! To this aim the game uses surrogates for (or analogues of) freedom that don’t declare themselves to be surrogates or analogues. The surrogate values that the game manufactures for us are seen as ‘ends in themselves’ in other words; they are seen literally, they are understood concretely, rather than being understood as ‘metaphors for something else’. If the values we were playing for were understood to be analogues of (or metaphors for) something else then the quality of our activity would no longer be ‘compulsive’ in nature but purely playful.

Curiously therefore, if we were ‘being playful’ we would no longer be ‘playing the game’; we would no longer be ‘playing the game’ since games always take themselves seriously! The game is only a game because we are pretending that it isn’t a game.  A game is when we implicitly say that something is what it isn’t, and this is always ‘serious’. If it wasn’t serious at all times then we’d ‘give the game away’! If I were to be striving to obtain a goal whilst acknowledging at the same time that I don’t really want to obtain this goal, and that ‘the goal isn’t what it is stated to be within the terms of the game’, then I will not be playing the game. I would be playing at playing the game, which is a different thing entirely. I would be ‘letting truth back into the picture’; I would be ‘acknowledging what is going on behind the scenes’ and so the displacement mechanism would no longer be able to function as a displacement mechanism.

This is the ‘bottom-line’, therefore: when the world is rendered in concrete rather than metaphorical terms then our activity within that world is always going to be unfree, it is always going to be compulsive in nature. There is no such thing as ‘striving freely to obtain a concrete goal’! They can’t be because we are perpetrating a basic deception upon ourselves and the necessity to maintain the deception is (as we have said) always a serious thing. On the explicit level our ‘seriousness’ has to do with the importance attributed to the goal; on the implicit or hidden level however the seriousness has nothing to do with the goal itself but rather it has to do with the importance of maintaining the game (i.e. maintaining the pretence that the game is not a game). The seriousness has been ‘displaced’ from where it belongs and it reappears (misleadingly) as ‘the seriousness of having to win and not to lose’. This ‘re-presents’ our lack of freedom to us in an externalized way therefore – instead of seeing ourselves as trying to obtain freedom because we have none, we understand ourselves to be striving to obtain some kind of ‘positive value’ that has an objective existence out there in the real world.

When we see ourselves as being ‘serious in our pursuit of winning’ (or as being ‘serious about wanting to win’) then this is a very ‘positive thing’ therefore, whereas if we were to understand that what we are really being serious about (which, as we have said, is all about the perceived necessity to maintain the fiction of the game) then this would of course be another kettle of fish entirely. We could no longer be able to see ‘winning’ in the same glamorous way. We’re not striving to realize ‘an objective value in the world’ at all; we’re simply striving to carry on not seeing the truth! We’re just ‘refusing to look at the bigger picture’.

This is of course what the whole game hangs on – if I don’t see ‘winning’ as winning (but rather, see it as a disguised token for the seriousness of the need for me to continue deceiving myself) then the deception ends right here, and this is the last thing I want to see happen. It goes against the whole logic of what I’m doing. So, rephrasing this very slightly differently, if I were to perceive the values of the game as being merely tokens or metaphors or allegories (rather than being objectively true values in themselves) then this would be the same thing as the game coming to an end.

Being playful in a game (rather than being deterministically driven by the rules of the game) is the same thing as ‘the game coming to an end’. As soon as I veil my own freedom from myself then everything I do is going to become ‘serious’ – everything is going to be serious (or compulsive) because everything I do is coming out of my own (pragmatic) lack of freedom, which I don’t want to see as such. No matter what I do therefore, I am always going to be ‘acting out my own inherent lack of freedom’! This is all that a game is – it is the acting out of our own inherent lack of freedom, which we nevertheless experience as ‘voluntary activity directed towards securing worthwhile and objectively-true values’. Games ‘invert reality’, we could say.

The understanding of this principle (the principle of ‘a game playing us rather than vice versa’) isn’t some kind of philosophical oddity that we can drag out and look at every now and again, on the contrary, it underlies the whole of our purposeful existence. The everyday thinking mind is ‘a game that plays us’! When we strive for a concrete goal or literally-understood value in the world, then what this principle means is that our actions are always going to be unfree, no matter what we may perceive to be the case. Our actions (and thoughts) are unfree because ‘the game is playing us’ – we are being driven by our unacknowledged need to maintain the positive/literal reality in everything we do, and so when we ‘strive to obtain the goal’ or ‘strive to accord with the ideal values’ what we are really doing – though we can’t admit this to ourselves – is ‘struggling to keep the game going without knowing that this is what we are doing’ and there is no freedom and this! Obviously there is no freedom in our struggle – if there was freedom in our struggle then the game wouldn’t work, if there was any freedom there (even a tiny little bit of it) then the game would no longer be the game.