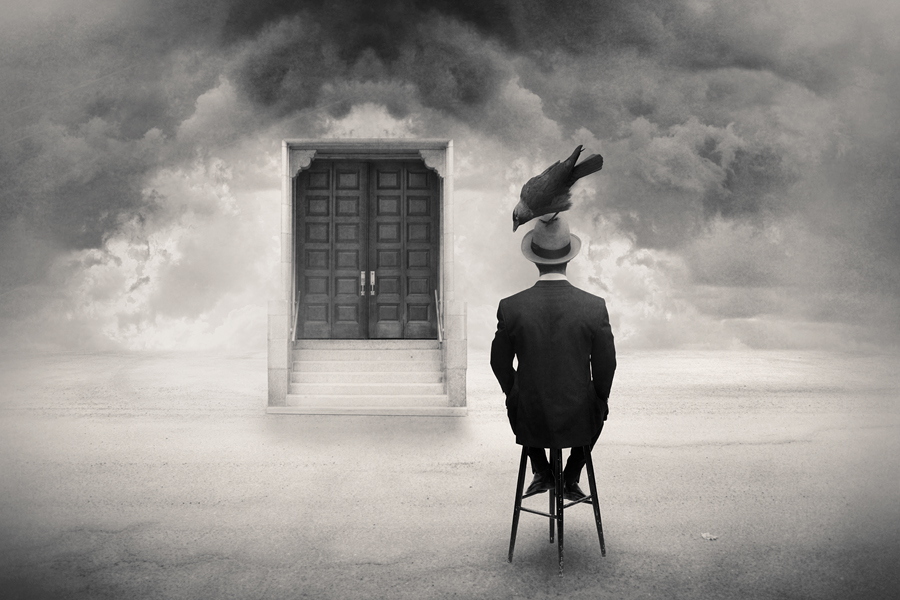 The mind always deals in special circumstances – it has no interest whatsoever in the ‘non-special’. The thinking mind cannot relate to the ‘non-special’; it has no means by which it might do so. What makes circumstances ‘special’ therefore? What exactly is this quality of ‘specialness’? The answer to this question is very easy to find – the special is only the special when the thinking mind itself says that it is.


What’s really ‘special’ is our way of looking at things (which is to say, the particular angle we take when we look at the world) – that’s where all ‘specialness’ comes from. Our way of looking at things is special – even though we cannot see the specialness as belonging here. We can’t see the specialness as belonging in our viewpoint simply because this is our way of looking at things and not any other. We have no perspective on the matter. It is ‘special’ in this most basic of senses therefore – it is special in the sense that it is ‘this-but-not-that’. We can’t see our viewpoint on things as being ‘special because it’s the one we happen to be using’ because if we did this then we’d would know that there are other, equally valid perspectives apart from the one we’re using; knowing this would make the black-and-white picture of the world that our viewpoint is showing us immediately stop being black-and-white! It would immediately be revealed a provisionally true way of seeing things rather than an absolutely true way and so we would immediately cease living in a world that is made up of ‘definite statements’.


So we can’t see our way of looking at things itself as being ‘special’, but instead we see some of the details that it shows us as being so. We can’t see the game that we are playing is being special but instead we see winning at it as being special. Actually however, all the details the viewpoint shows us simply are that viewpoint, just as everything that happens in the game is simply ‘the game’. Winning is no different to losing; they’re both exactly the same because they both equal ‘the game’ and the game is only ever the game. We can’t see the viewpoint is being ‘special because we chose for it to be’ (which is seeing the specialness ‘where it belongs’) so instead we see the specialness where it doesn’t belong, which is to say, in the actual world itself rather than in our provisionally-chosen viewpoint.


Another way of talking about ‘specialness’ (as perceived as belonging in the outside world) is to say that it is non-randomness – all numbers are random numbers really but we choose to look at them in such a way in the way that makes some of them look non-random. When I look at the domain of all possible numbers with some criterion or rule in mind, then certain numbers are shown up as being ‘special’ (or ‘non-random’) and all other numbers get to be written off as ‘irrelevant’ or ‘random’. They contain no information; they are part of no pattern. But the ‘non-random’ numbers are only ‘non-random’ because they match our criteria, and since our criteria are essentially arbitrary in nature ‘non-random’ doesn’t actually mean anything.