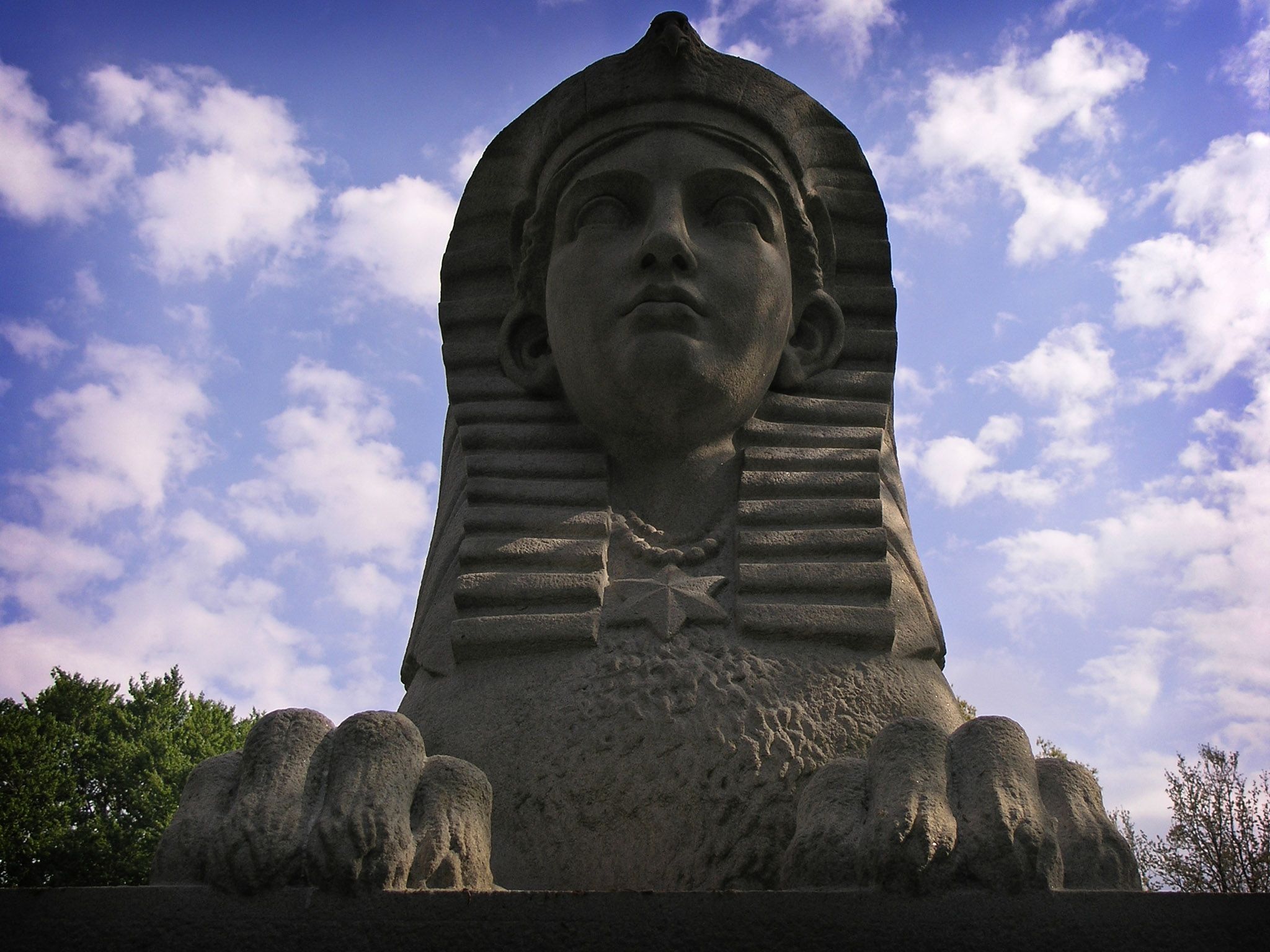 We defend ourselves from the Enigma (or rather the thinking mind defends itself from the Enigma) by using two strategies – one is to overlay it with an opaque layer of ‘regularities’ and the other is to set up snares created of polarities, or ‘pointless–but–never–ending–games’. Both of these strategies work extremely well; the two of them together form a virtually impassable barrier. We could easily live our entire lives without ever seeing through this thought-created veil…

Just as long as we are relating to the world via the categories of thought we will never perceive any irregularities; there is no such thing as ‘an irregular or unique concept’, after all – if there is one concept than they can be a billion of them. There can be an endless number of them and none of them are real since only the Enigma is real. Only the Enigma is real and the Enigma can never be made into a category. What’s enigmatic about a category, after all?

What our categories lack in terms of reality they make up for in terms of replicability therefore, and ‘replicability’ becomes a kind of analogue for reality. This is the viral world. The viral world is an analogue of reality because just as long as we don’t realise that this endless repetition equals ‘a redundancy’ we will experience it as a realm which is rich in actual genuine possibilities. If we were to see that the world which is made up of our mental categories is purely repetitive in nature then it would immediately lose its appeal, but this is something that we don’t see. The repetition of regularities would be exposed as a hoax if we could see it for what it is and so it would no longer be able to have the function of obscuring or covering up the Enigma, but this is something that very rarely happens.

The other ‘highly effective strategy’ that we use to defend ourselves from the Enigma is – then – to ensnare ourselves within polarities. Once we have been snared in a polarity then we never look beyond it and because we never look beyond it we never become free from it. It is because we can’t see beyond the polarity that it constitutes such an extraordinarily effective trap, therefore. The reason we can’t see beyond the polarities is because it is an aggressive oversimplification of reality is a very crude copy of reality that aggressively substitutes itself for the actual thing itself.

When world is subsumed within the polarity then everything is seen in terms of that polarity: the ‘best possible outcome’ is represented (we may say) by the positive pole and ‘the worst possible outcome’ by the negative one. The whole of everything has to exist between these two poles, these two opposites, therefore. Everything becomes about gaining the one outcome and avoiding the other and this is a compulsion. There is thus no freedom in a polarity; there is no freedom and there is also no reality! There is no reality in a polarity because reality is not a polar phenomenon. Reality isn’t defined in terms of two opposites and neither is it defined in terms of the compulsive (or predetermined) activity which occurs in relation to either the one pole or the other.

Another way of talking about ‘polarity’ to say that it is a game and we all know very well that there is no reality in a game. Games are only games. A game is made up of two very different ‘competing possibilities’ (two possibilities which act in opposition to each other) whilst reality is ‘all the one’ with no divides, no conflicting parts to it. The game is always conflict therefore, whereas the reality that lies behind the game is always perfectly tranquil, perfectly harmonious, perfectly ‘at one’; it is this conflict (the ‘eternal conflict of the polarity’) that preoccupies us (or rather consumes us) and prevents us from taking an interest in anything else. Nothing else in matters to us because we are so polarised and as a result of being polarised in this way we think that everything is going to ‘come good’ just as soon as we sort out the conflict, just as soon as we get the desired outcome rather than the undesired one (even though this can never really be done). We put all our eggs in this basket but the drawback here is that it isn’t a real basket.

These two defence strategies do are very closely related therefore – they are both games. When the world is constructed out of seamless regularities – with no discontinuities, no gaps, no discrepancies and no incongruities – then the game is that there is actual diversity there, that the various categories of thought are indeed qualitatively different to each other, as they claim to be. This is absolutely not the case at all since all of thought’s categories are simply ‘thought’ and thought is only ever thought. I might have lots and lots of descriptions of the worlds available to me, but at the end of the day that’s all they are – descriptions. All descriptions are only ever descriptions and descriptions aren’t anything. What reality is there in a description? All thoughts are only ever thoughts and thoughts – similarly – aren’t anything. And if they aren’t anything then they can’t be diverse.

The reason we keep reiterating that these two strategies are ‘highly effective’ is of course because we so rarely see through them. We so rarely see that our games are empty, that they aren’t really getting us anywhere. Or to come at this from the other direction, we know that our strategies are fantastically effective because we never get to see that the world is an inscrutable enigma. We spend our whole lives going around thinking the world is non-enigmatic and never realising what a colossal mistake this is! It might of course occasionally dawn on us, in some sort of a way, that there is something enigmatic about life, or about the world, but then our thinking immediately gets to work and we very quickly cover it up. Perhaps we come up with a theory to explain the enigma away or perhaps we sign up to some kind of religious belief system. Or perhaps we simply distract ourselves with some of our regular/routine behaviour, as Sogyal Rinpoche says in The Tibetan Book Of Living And Dying.

This is of course why we are so fond of our routines – our routine thoughts and our routine behaviours – because they allow us to forget about the radically unknown and the radically unknowable. Our routines have a very powerful hypnotic effect on us – they have the power to send us ‘back to sleep’, so to speak. From time to time we stir uneasily from ‘the slumber of ages’, we start to ‘come to’ a bit, and – frightened by the strangeness of this sensation – we rush into the arms of our comforting routines, our comforting thoughts, our comforting regularities. We take great desperate gulps of the anaesthetic gas and before we know it we’re fast asleep again and any trace of the awareness of the ‘enigma’ has gone entirely, and is not remembered. The ‘anaesthetic’ that we talking about here is – needless to say – everyday life. The routines of everyday life are what keep us safely asleep.

In everyday life there is nothing radically peculiar or radically ‘unaccountable’, and the very suggestion that there might be is immediately pooh-poohed. We fall over ourselves in our hurry to pour scorn over such an idea. Of course everything is accountable; of course there is a logical reason or explanation for everything. What we really mean however when we say this is that the world that is made up of thought’s categories is ‘accountable’ or ‘explainable’ and in this we are perfectly correct; the world that has been created by thought can’t not be explicable’ or ‘rationally understandable’! Naturally the world that has been created by the rational mind can be rationally understood, but what of it? What does that prove?

The point is of course that the world which has been created by the rational mind is ‘an aggressive oversimplification of reality that has taken the place of reality’ so that when we feel ‘secure’ or ‘confident’ on this basis – on the basis that the aggressive oversimplification actually is the real thing – it is worth nothing at all. We are essentially scoffing at reality from a viewpoint which is actually nothing more than an empty game which we are too blind or too obtuse to see as such, and this is nothing to feel good about! The only reason we have the type of so-called ‘confidence’ that we do is because we are in total denial of the Great Enigma and since the Great Enigma is all that there is this does not bode well for us.

The big question is of course why we are so driven to defend ourselves from the Enigma when the Enigma is all there is? How does this perversity come about? The all-consuming compulsion is to flee from the awareness of the Enigma and build ourselves a world to inhabit in denial of it. This is the compulsion that dominates our life; this is the compulsion that defines everything about us, the compulsion that ‘defines’ reality full stop. The answer, needless to say, is straightforward enough – when we encounter the Enigma, when we start to become aware of it, we start to feel unreal and this is not a perception that we enjoy. The reason for this perception is that we have no existence in relation to the Enigma; our ‘existence’ – such as it is – comes only from our relationship to the non-enigmatic world, which is the world of our empty games.

Instead of saying that polarity is ‘a state of never-ending conflict’ we could say that a game is a state of never-ending conflict. Why a game could be described this way is of course abundantly obvious; the game as a struggle – it’s a struggle to win and not lose! We might argue that this is not true since once we do win then there is no more struggling because we can now rest can content in our glory, but this argument does not stand up to scrutiny. Winning only ever exists in relation to losing; it cannot exist on its own (as a single ‘stand-alone’ pole, as it were) – there cannot be winning on its own and so there cannot be this hypothetical ‘peace’ that supposedly comes with winning. That’s just the lure keeps us on the treadmill. We cannot struggle successfully for peace, needless to say…

It is because polarity is a never-ending kind everything, like a wheel spinning, that it traps so effectively and is it is and it is because it traps us effectively that we never get to see the Enigma for what it truly is, as we have said. We have been saying that the polarity is a game that we get caught in and can’t stop playing; we could look at this another way too however and note that rather than the polarity being ‘our defence against the Enigma’, the ‘defence’ in question actually IS us – we are the polarity, we are the game that we can’t stop playing! The self is a game. The polarity is who we are (when we identify with thought, at any rate) and so for sure there never is going to be any peace, no matter what we might think. This only comes when we stop defending ourselves against the Enigma, but we are too frightened ever to do that. Peace only comes when we stop playing the compulsive game of the self.