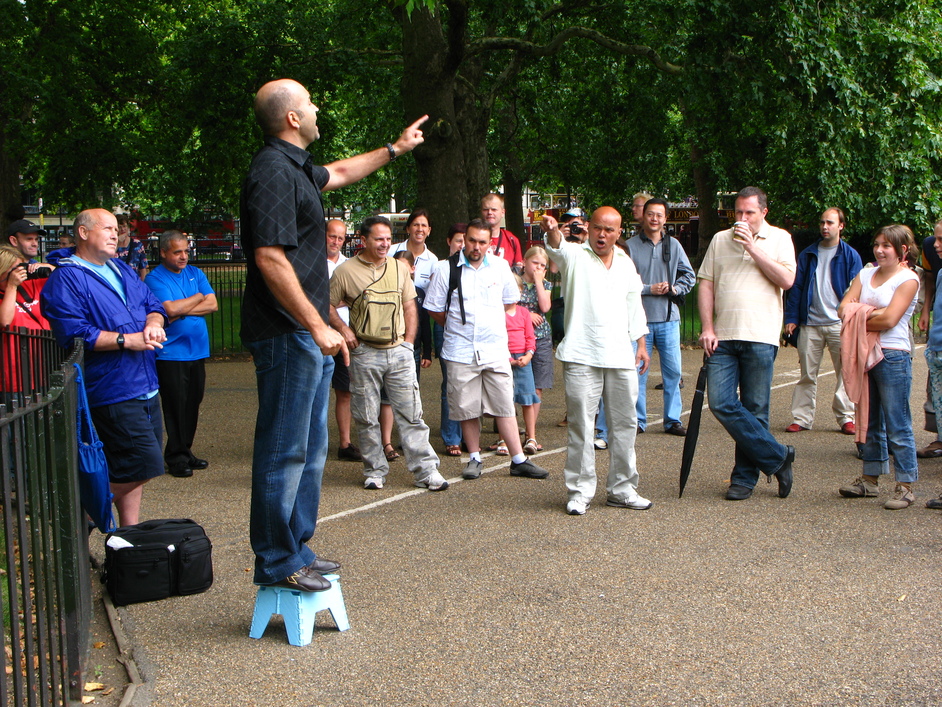 The self operates by ‘asserting unrealities’ – this is its gimmick, this is its method. By asserting unrealities the whole time – and by believing in them – it gets to invent itself, it gets to ‘continue the story that is itself’. When we put it like this, we can see that this is a very simple and straightforward mechanism – what could be simpler?

It might be imagined that the psychology of the self-construct is a highly complex business, and that we would need a great brain to stand any chance of comprehending it, but this is not the case. Anyone at all can understand the psychology of the self-construct and there is absolutely no need whatsoever for any fancy theories or terminology. Having a great big brain actually isn’t any help here because we are then liable to go over-complicating things in order to show off, in order to prove how clever we are. The self-construct is trying to prove that it exists by being clever!

For reality (or ‘the Whole of Everything’, if we want to put it like that) to be certain there would have to be some external standard or measuring stick to compare it with and it doesn’t take too long to discount this idea. It doesn’t take too long to see that this notion as a bit of a nonstarter. How – we might ask ourselves – could we ever be dumb enough to think that anything, in any real sense, could be ‘certain’? We don’t really think it out in this way of course – our perception of the world as being ‘made up of certainties’ comes from our lazy thinking. If we were to see our thinking (if we were ever to observe the thinking process itself) we would see that thought always has to assume a ‘basis’ in order to come up with the certainties that it traffics in and this would mean that we would then know that there are no certainties in the world, only ‘tautological certainties,’ only certainties that get to be certainties by agreeing with themselves, certainties that get to be certainties by feeding on themselves.

The mind-created certainties aren’t necessarily lies – if we bear in mind how they were derived then everything is ‘above board’ and so there is no deception going on. If – however – no mention is made of the process by which the certainties were created (that is to say, if no mention is made of the fact that we arbitrarily assume the ground upon which we build our castles of certainty) then there is a deception-type business going on and it is us who are deceiving ourselves. This isn’t a conscious deception of course – it happens quite automatically as part of the way in which the machinery of thought works. What would be required to see this deception therefore would be a whole new ‘clarity of attention’, a clarity of attention that we don’t even know to be possible.

Just to say that the self operates by ‘asserting on unrealities’ (as it clearly does) doesn’t mean that we are obliged to buy into this ongoing drama because we don’t. We’re not obliged to buy into the self. In practice, we can buy into the drama or show of the self-construct to various degrees – we can buy into it a lot, by a medium sized amount, or by only a little and so it could be said that everything hangs upon the degree of our ‘enthusiasm’ in this regard. With regard to this ‘enthusiasm’ (which isn’t enthusiasm at all really course but zealotry) with regard to ‘the cause of the self’ (which is itself) we can say that they are two main factors to be taken into consideration – [1] is our need for security, the need that we feel to live in a world made up of sure and certain facts, and [2] is the tone of the culture we live in, and its ability to support an exploratory (as opposed to a consolidatory) mode of being in the world. Asserting and fulfilling our unexamined desires (i.e. our ‘dreams’!) is our business, not free-ranging philosophical inquiry.

Western culture – despite whatever illusions we might have about ourselves – is not an ‘exploratory’ one; it does not support us in examining our core assumptions, which is something that has a long history behind it. The Christian church, after all, is based on belief and belief is all about not questioning our core assumptions! Questioning our core assumptions – from a religious point of view – is called heresy and to the Church there is nothing worse than heresy; the Church has striven against it for many long centuries, just as all belief structures must strive against heresy if they are to survive. No matter how irreligious we might be in the 21st century, we carry on in the same unreflective way – we are a ‘doing culture’ we rejoice in our achievements, we glory in what we successfully do or create. We glory in our ‘productivity’. This is all a smokescreen however because we only care about ‘achieving’ because it enables us to assume that there is someone who is doing the achieving, someone who is successfully ‘doing the doing’. That’s how the self operates, as we have said – by ‘directing all the attention to the outward move’, which corresponds to our purposeful doings. We put all our energy into making ‘literal assertions of fact,’ into saying that our doings are important, are significant, are praiseworthy, where in reality this is only the meaning that we are putting on them.

What we’re talking about here is aggression, of course. We are busy saying that ‘things are what they’re not’, we’re trying to make the world be what it isn’t (which is ‘relevant to us’). The self operates by being aggressive, we might say. It operates via its aggression might be a better way of putting it because unless the self carries on being aggressive (i.e. unless it carries on asserting itself) it can’t continue to exist. It would be to no good wondering what a ‘non-aggressive self’ might look like because there isn’t any such thing. It would do no good wondering what a ‘non-judgemental self’ or a ‘non-controlling self’ would look like for the very same reason. The more aggressive we are the narrower (or sharper) our sense of identity becomes and although this feels good to us in one way (because it emphasizes the solidity of our existence more) it is also very painful in another. Our own sharpness cuts us, so to speak, and yet it is this (this sense of unambiguous solidity or ‘reification’ that our narrow focus provides us with) that we are so hungry for the whole time. We’re hungry for what hurts us and this is the predicament we find ourselves in.

We can’t see that it is the sharpness of definition we experience as this identity (and nothing / no one else) that is ‘cutting us like a knife’ (or like a ‘razor blade’, to use the Buddha’s metaphor) and so we keep on looking for a ‘cure’ for our existential pain in other directions (in wealth, power, approval, social standing, etc). All of this just makes matters worse however since it is the narrowly-defined identity that possesses the wealth, possesses the power, and possesses the social standing or approval. No one else but the imaginary ego-construct can be the possessor of that kind of stuff! It is the narrowly-defined self that wins the games and so playing games clearly isn’t going to help us (in any permanent way) with our insecurity.

This is just another way saying that ‘aggression is futile,’ in other words. The struggle was doomed from the very beginning. Saying that things ‘are what they aren’t’ (which is to say, trying very hard to make the world be what it isn’t, which is to say, relevant to us) is futile, and it hardly takes a genius to work this one out. No matter how long we go on stating categorically that things are what they aren’t, no matter how many definite assertions and literal statements of fact we make and believe in, and no matter how much energy we put into this self-validating, self-aggrandizing pastime of ours, when we eventually stop we will inevitably discover that we are in exactly the same spot as we were when we started. We have ‘achieved’ nothing at all! The one who is trying to do the meaningful and important things, the one who is so energetically asserting its views and beliefs and desires, etc, doesn’t actually exist so how can it ‘achieve’ (whatever that magic word is supposed to mean)? The starting-off point wasn’t real and so the ‘journey’ is never going to go anywhere. Aggression is futile because the aggressor, the one who aggresses, was never there in the first place…