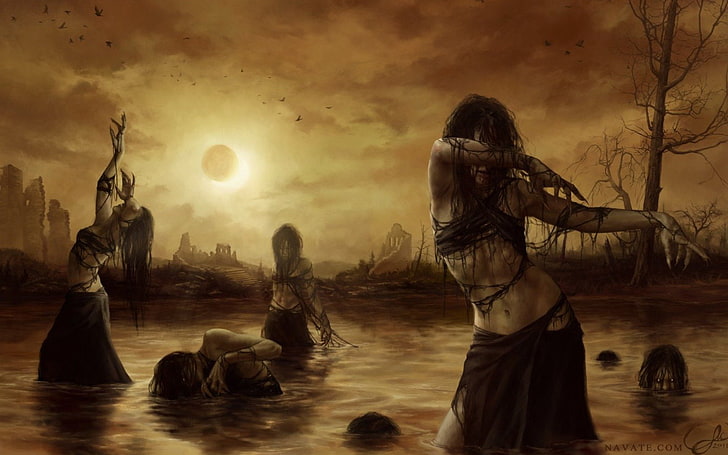 Mechanical existence might be seen as a kind of a ‘plateau’, a flat unremarkable terrain that is bounded by a ‘lip’ which would require a particular type of effort to get over. Our normal understanding of effort is ‘straining to reach a goal’ but this is not the type of effort that allows us to go beyond mechanical existence; on the contrary, goal-orientated effort is what keeps us here. Mechanical effort is effort that looks for some kind of relief or reward at the end – either there is relief because we have obtained the desired outcome or there is relief because we have avoided an unpleasant one, an unwanted one. This is mechanical motivation because it’s all based on calculation – we are putting in the effort because the projected outcome justifies it. We’re acting in accordance with our thinking, in accordance with our rational way of understanding things. We are behaving in a logical way – what we do (or try to do) is determined purely by the logic of the situation as we understand it. Our behaviour thus equals our understanding of the situation, it equals our understanding of our situation because it is a logical extension of it, because it makes sense in terms of it. Thought and goal-orientated effort are therefore the same thing.

If ‘everything is a logical extension of everything else’ then nothing is anything. If everything equals everything else – which is what the continuum of logic is all about – but since there is actually nothing outside of this logical setup for it to connect with (since the system only agrees with itself, only acknowledges itself) then this constitutes a fearsomely hollow situation. The continuum of logic creates itself by agreeing with itself, like a paper chain of little cut-out figures that is joined up on both ends to form a loop so that every figure in the loop is holding hands with the figure on either side; everyone is agreeing with everyone else therefore, but the loop itself is not connected to anything outside of it. Its trick is to feed off itself and this – strangely – seems to work perfectly well. This is the ‘Mobius Mind‘, this is ‘the Loop of Conditioned Existence‘. In physics this is called bootstrapping, which has gone in and out of fashion over the years, but the same mechanism can also be seen plainly enough in human societies of all sorts, whether it is a collusion of two or three that we’re talking about or collusion of eighty million. Self-referentiality is how we create the social system, the socially-constructed world that we take so much for granted.

Our systems are created by replication or duplication, therefore, and this is straightforward ‘viral proliferation’. Our forward momentum – the ‘rise of the empire’ – is propelled by the engine of duplication, we might say. This is our ‘positive movement’, this is our ‘brave expansion out into the world’. This all seems very glorious to us when we are in the position of being one generic unit amongst the rising tide of all the rest, but the thing here of course is that movement which is the result of duplication is no movement at all. Just as Krishnamurti says that the movement from one known to another (the movement towards a known destination) is not movement, so too can we say that the multiplication of a basic unit, a basic sequence, is not actually growth or change at all, not even if we replicate our premise, our core assumptions, trillions upon trillions of times. We are kidding ourselves that copying the same basic units over and over again is actually something, that this is actually getting us somewhere, whilst the less glamorous truth is that we’re standing still. We are running on the spot, full of the euphoria that comes when we imagine we are achieving a heroic task, but all we really doing is repeating the same old sequence over and over again. There’s no creativity here, only copying and copying is cheating! Our apparent forward movement (of which we are so proud) isn’t the movement into life or into reality, it’s the very antithesis of this – it’s the movement away from life, away from the real, which we see as something positive, something progressive, something wonderful.

We are obsessed with the linear and the linear isn’t anything. We’re obsessed with purposefulness, we’re drunk on it, but purposefulness isn’t anything. Purposefulness or goal-orientated activity is ‘running on the spot’, it is – as we have just said – the avoidance of life, not the glorious engagement in it. Linearity is just another way of talking about James Carse’s finite game, which comes down to the glorification of the known destination along with the glorification of the mechanisms of control which will hopefully allow us to reach this supposed ‘destination’. Control is our god, not adventure, not exploration. We believe that our controlling is ‘in the cause of life’, that it ‘serves life’, but it isn’t. Our controlling (our holding on tight to the known) isn’t going to result in anything great, even though we think it is – how could ‘holding on tight to the known’ result in anything meaningful? This is Joseph Campbell’s negative adventure – the adventure of ‘studiously avoiding all adventures’, in other words – we’ve turned everything on its head. This becomes particularly poignant when we consider the role of technology in our lives. Technology is The Great Thing, we say, it’s ‘what it’s all about’. We most sincerely believe that technology is the salvation of our species, that the more advanced our machines, the better it will be for us. The sky is the limit, we say – there’s nothing we can’t do once we have the right tools, the right devices, the right ‘know how’. And yet no matter how advanced our technology, all it can ever do is help us realise our goals and our goals are banal, our goals are ‘the same old thing all over again’. Our goals are the extension of the illusion that we labour under. What’s interesting is not how to obtain our goals but how we might get away from them! The helpful thing is to put some space between us and our thinking, not lose that space, not making our thinking more and more real to us so that we get trapped in it. Being trapped in the endless progression or development of the same old thing isn’t that much fun really – this is actually a nightmare scenario, if only we could see it.

We started off this discussion by saying that we are stuck on the plateau of mechanical existence by the presence of the type of ‘lip’ that we just can’t get over. We can’t get over it because it’s a conundrum to us; we can’t get over it because the only effort we know how to make is mechanical effort. All we know is how to ‘strain after our goals’ and this is repeating the confusion, not going beyond it. ‘Purposeful straining’ perpetuates the prison, perpetuates the pain, perpetuates the misery – coming up with plans or ideas about our situation and then striving to put these plans into action is the swamp that we are mired in, not a ‘solution’ to that swamp. As Herman Hesse says in Steppenwolf, admission to the Magic Theatre is strictly for ‘madmen only’ – the price of admission (to reality) is the thinking mind, which is the one thing that we don’t want to give up. We’d rather try to escape our troubles with the help of the thinking mind even though this doesn’t work (even though this actually makes things worse not better); we’d rather stick with the sticky deceptions of the thinking mind because we’re too afraid to do what actually does help.

We can’t get out of the swamp of mechanical existence by mechanical means and yet mechanical means are all we know, all we want to know. Anything else would be too frightening for us. All we know is how to strain after known outcomes, all we know is how to strain after our goals, which have nothing to do with anything apart from our thinking. Instead of this dumb straining after a goal, after a mental projection, what helps is negative capability – the capacity to stay in uncertainty without grasping after conclusions, as Keats says. When we have this capacity (which is the capacity not to be bullied by thought) then we’re ‘out of the swamp’ because the swamp is ‘being bullied by thought’. The trick here is that when we strain after the goals that thought has provided us with our efforts are all in service of thought, not in service of anything that is actually real. It’s not us who are doing this therefore, but thought’s puppet of us, which isn’t us. When we develop negative capability however it really is us that has this capacity – not the machine-version of us, not the robotic version of us, and what this means is that when we finally escape from the swamp of ME we are at the same time ‘being born’, so to speak. This ties in to what Jean Baudrillard says – ‘It is always the same: once you are liberated, you are forced to ask who you are’.